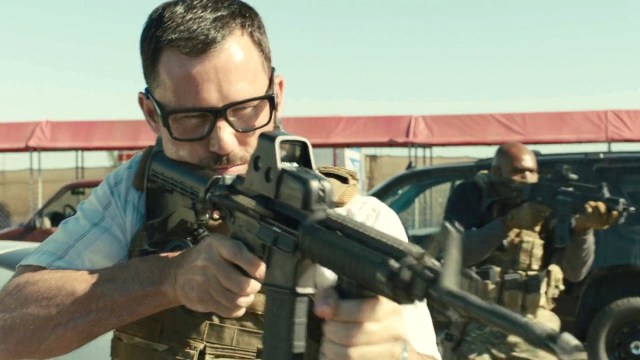 Controversy can often be a good way of drumming up free buzz and publicity for an upcoming project, provided that it isn’t of a scandalous or career-threatening nature. In the case of Sicario, being threatened with a boycott didn’t really have much effect either way, but it still generated plenty of headlines.

Prior to the movie’s release in September 2015, incumbent mayor of Juárez Enrique Serrano Escobar voiced his displeasure with Denis Villenueve’s intense action thriller, urging his people and those even further afield to boycott the film for painting a false and negative picture of his city, claiming the graphic violence and allusions to the drug trade were at least half a decade out of date.

In the end, it didn’t really matter, with Sicario hauling in a decent $85 million at the box office on a $30 million budget, winning rave reviews from critics, and ultimately landing a trio of Academy Award nominations. Perfectly cast, stylishly shot, and loaded with eardrum-destroying set pieces, Netflix users are now reacquainting themselves with its many delights.

As per FlixPatrol, Sicario is right on the cusp of entering the platform’s global Top 20 chart, having secured a Top 10 spot in 14 countries, one of which is ironically Mexico. Sequel Day of the Soldado followed three years later, and there was even talk of threequel Capos for a while, but that appears to have vanished into the ether of development hell, although there are worse ways to spend 121 minutes than checking out the original.