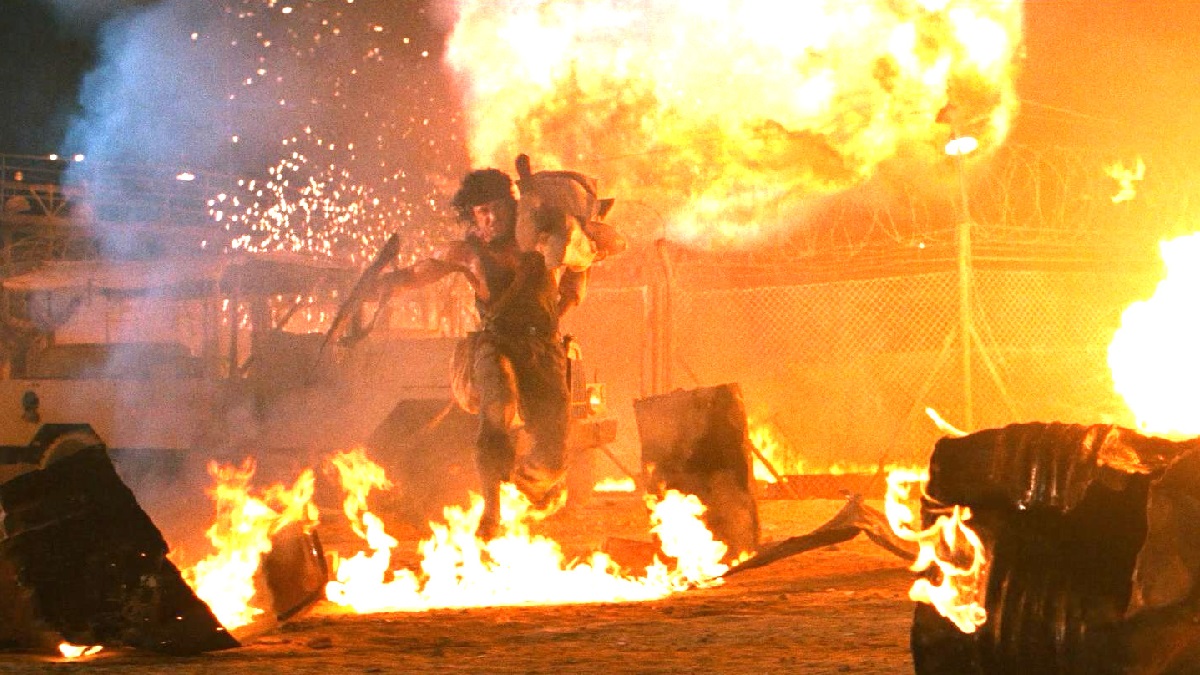 It’s becoming increasingly hard to remember that the Rambo franchise started life as a fairly low-key dramatic thriller, one where Sylvester Stallone’s protagonist causes exactly one onscreen death, and even then it was an accident after he threw a rock that caused a marksman to fall out of a helicopter.

The sequels dived headlong into full-blown action territory, turning the bandana enthusiast into a merciless and relentless killing machine, which never proved any more polarizing than it did in Rambo III. The most expensive film ever made at the time of its release, audiences responded in kind by driving the vascular protagonist to almost $200 million at the box office.

For many fans, Rambo III remains their favorite for the sole reason Stallone dispatches of over 100 faceless goons through a variety of methods, but it earned eight Razzie nominations in total including Worst Picture, Worst Director, and Worst Screenplay, with the leading man adding Worst Actor to his long list of unwanted accolades from the awards ceremony.

Viewed through a modern lens, the dedication to “the gallant people of Afghanistan” at the end of the movie has aged incredibly badly given the events of the following decade and a half, but that hasn’t dissuaded streaming subscribers from giving Rambo III another shot.

Per FlixPatrol, the explosive sequel that upped the ante in more way than anyone had even thought possible has mowed down a spot on the iTunes global charts, even bulldozing its way onto the Top 10 in the United Kingdom and Ireland.