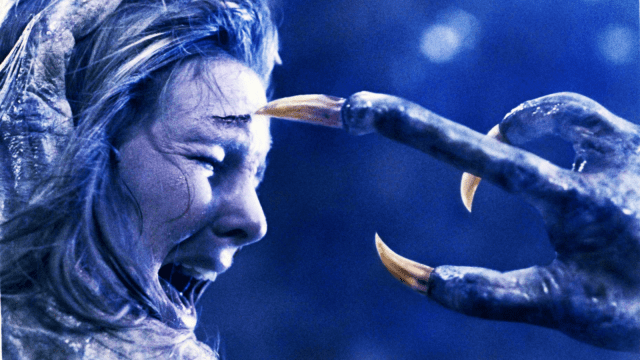 The most wonderful time of year is nearly upon us for horror aficionados, and an oft forgotten classic is rearing its head again in spooky season discussion.

Pumpkinhead was the directorial debut of Stan Winston following an extensive career in special effects and prosthetics, including credits on Aliens, The Thing, and the incredibly ill-fated Island of Dr. Moreau. Like those other credits, Pumpkinhead is absolutely masterful with its special effects and feverishly fun to watch.

Enthusiast are now reliving the film as a Halloween favorite, giving it the respect it has waited over 30 years to receive.

At release, Pumpkinhead struggled to make an impact with audiences. Arguably a result of the increasing overload of horror, as well as its bizarre monster, it has since become a cult classic. Since 1988, it’s seen comics, video games, model kits, and more released under its iconic banner.

Summed up well by one comment, people either have no clue on what the film is about and never watched, or saw the miserably dull cut version on TV. A fate so cruel, no film deserves.

As far as fun creature features go, you really can’t go wrong. Lance Henriksen’s charms fuel the film, as does Winston’s love of his monster designs. Seriously, the way the film looks still feels spectacular and stylized. No shot of the creature is taken for granted.

Winston’s legacy is a beautiful one, with him always remaining a team player even as a director. Upon receiving awards (something he did often), he would always get his crew to join him. What a man.

Pumpkinhead is available to stream on AMC Plus.