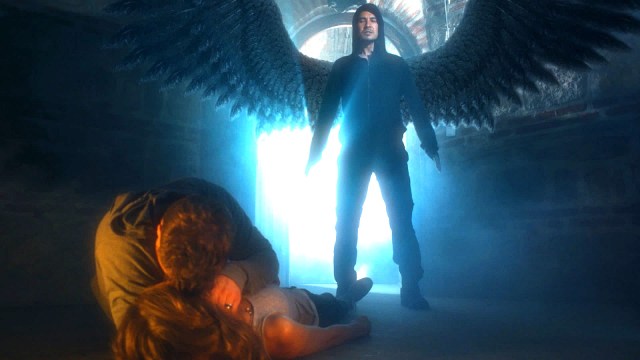 On their own, fantasy and horror are two of the most beloved genres in all forms of media and fiction. Combine the two, throw in a high concept conceit that opens the doors to plenty of action, and something at least serviceable should emerge, right? Apparently, the answer is a resounding no, if we’re basing our hypothesis entirely on the reception to 2020’s Angels Fallen.

A 2.9/10 user average on IMDb is bad enough, but the most damning indictment of the film comes from Rotten Tomatoes users. On the aggregation site, the general public tends to cut panned projects a great deal more slack, but in the case of Angels Fallen, not a single positive response has been left by anyone unfortunate enough to have wasted their time on the movie.

However, Prime Video subscribers are made of sterner and much more forgiving stuff it would seem, after the maligned mashup managed to snag a spot on the platform’s global most-watched list, as per FlixPatrol. There’s a halfway decent concept, but it’s all lost to the rigors of bargain basement spooky cinema, even if an on-demand resurgence is happening as we speak.

The main character, who is obviously named Gabriel, rejoins his former colleagues in the demon-hunting business after the death of his wife. Even more tragedy occurs after that, leaving the ragtag group of supernatural slayers facing a battle against overwhelming odds, as the sins of the past seep into the present, leaving our intrepid hero unsure of who to trust.

Michael Madsen shows up as a guy named Balthazar, too, just to give you a hint as to what Amazon customers have been dealing with.