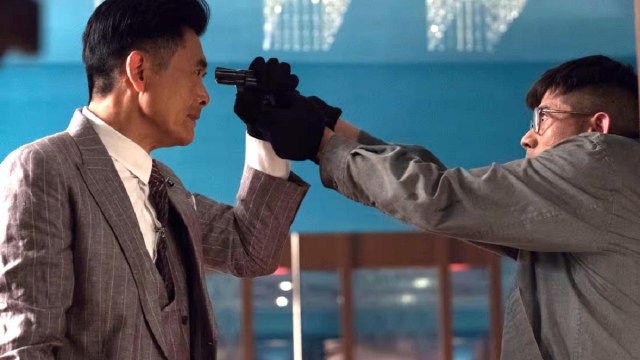 A critically and commercially successful action blockbuster that stars an icon of the genre in the lead role and went on to find plenty of awards season glory sounds like appointment viewing, but Project Gutenberg (released in certain international markets as The Counterfeiter) strangely failed to make much of a splash outside of native shores.

Writer and director Felix Chong’s acclaimed thriller holds respective critic and users scores of 83 and 76 percent on Rotten Tomatoes, brought in $188 million at the box office on a budget hovering around the $40 million mark, and ended up winning seven of its 17 nominations at the Hong Kong Film Awards, including Best Film, Best Director, Best Screenplay, and Best Cinematography.

Those are impeccable credentials to say the least, but Project Gutenberg didn’t really come all that close to sniffing overseas success. However, it has gained a second wind on-demand, with the 2018 blockbuster having secured a spot on the Disney Plus global charts via the various expansions available to customers outside of domestic soil, per FlixPatrol.

The legendary Chow Yun-Fat stars as the Painter, the infamous leader of a criminal organization heavily involved in the counterfeiting trade. The authorities have been hunting him for years, but their last resort finds them roping in an actual painter (played by Aaron Kwok) to help them crack the case.

From there, things become predictably unpredictable, with the cat-and-mouse game leading to much subterfuge, plenty of enjoyment, along with no shortage of expertly-staged set pieces and choreography.