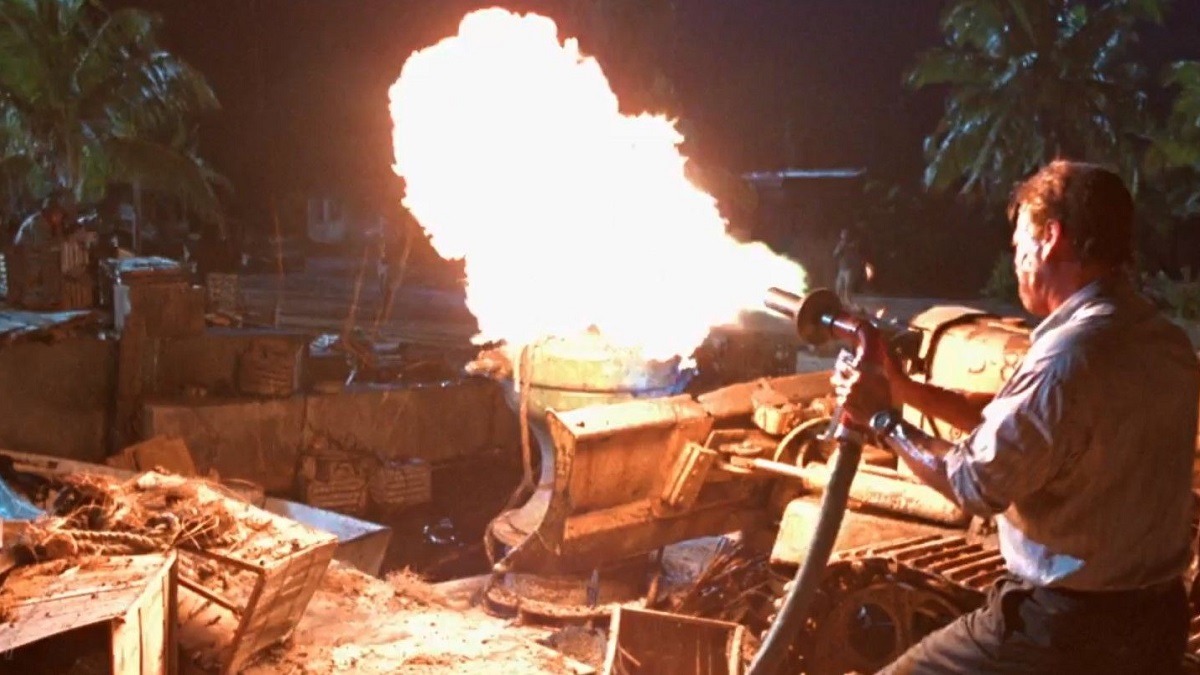 Believe it or not, but there used to be a time when James Cameron would churn out movies on a regular basis, with 1994’s action classic True Lies marking his sixth feature in the dozen years since he made his directorial debut on horror sequel Piranha II: The Spawning.

The three-time Academy Award winner has since gone on to helm just two in the space of the last 28, even if it looks like Avatar 2 is finally coming to theaters in December. True Lies may have marked the end of an era in terms of Cameron being a prolific filmmaker, but it was one hell of a way to go out.

Arnold Schwarzenegger gives one of his best-ever performances as Harry Tasker, simultaneously leaning into and subverting his action hero credentials, doing so with no shortage of charm, charisma, and all-important self-awareness. It was Jamie Lee Curtis who won a Golden Globe for her turn as put-upon housewife Helen, though, and it was the least she deserved.

Cameron once again maximized the tools at his disposal, blending old-fashioned in-camera pyrotechnics with cutting-edge visual effects, throwing every single penny of the reported $120 million budget up on the screen. Sadly, we never got to see a sequel, but True Lies has proven that it’s still capable of pulling in viewers on streaming.

As per FlixPatrol, the modern genre classic and 20th Century Fox production has been flying up the Disney Plus most-watched list after being added to the library in many international markets, with the popular fan favorite just as much fun today as it ever was.