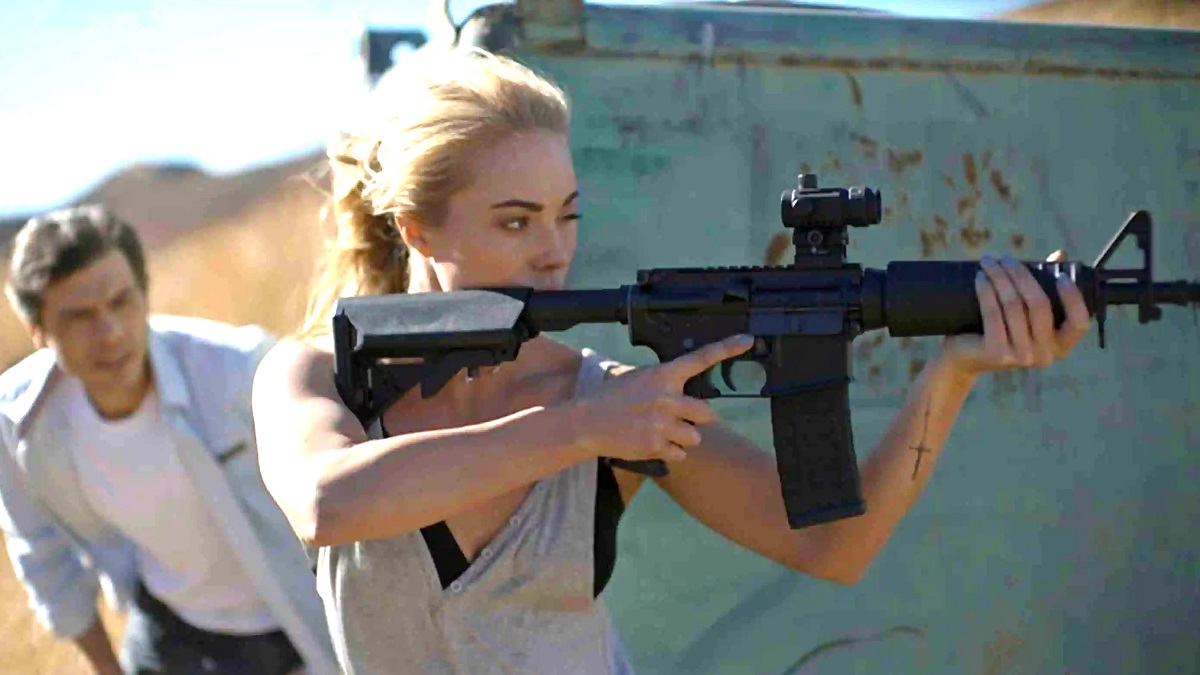 B-tier action movies are dime a dozen on every major streaming service, so standing out from the pack takes a feature that stands out from the crowd, as well as a little bit of luck. Fortunately, Double Threat possesses both in spades, seeing as it’s become one of the most popular titles on a major platform.

As per FlixPatrol, director Shane Stanley’s undemanding actioner debuted on the Prime Video Top 10 in the United States yesterday, and has now climbed one spot higher to ninth. Based on a 4.6/10 audience average on IMDb and a 46 percent user rating on Rotten Tomatoes, Double Threat’s unexpected success has very little to do with cinematic excellence. So what gives?

It might have something to do with the sheer wish-fulfillment fantasy aspect of the story, with Danielle Ryan heading up the cast as a woman forced to go on the run when she skims money from the mob. However, the actress’ Natasha also suffers from a split personality disorder, and the other side of her comes in handy when the bullets start to fly. Yep, that’s the plot.

Throw in a chance encounter with a stranger making a trek across the country to scatter their brother’s ashes that leads to an odd couple road trip dynamic, and Double Threat throws caution to the wind in favor of embracing glorious, ridiculous, and ever-so-slightly self-aware levels of cheese.

We’re hardly talking about a classic, but as far as run of the mill shoot ’em ups go, this one has been striking a major nerve with at-home crowds all over America.