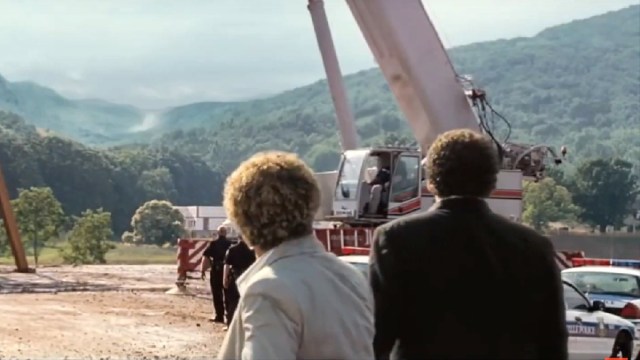 We’ve seen plenty of sequels replace A-list stars and continue to thrive, but even though Steve Carell is one of the most talented comedic actors in the business, everyone was pretty convinced from the beginning that Evan Almighty was doomed to fail.

Its predecessor had become an absolute monster at the box office, hauling in $484 million to become the highest-grossing release of Jim Carrey’s entire career, so it was natural that the studio would be seeking a second chapter. Of course, this was during the period of the rubber-faced funnyman’s career when he wasn’t interested in repeating himself, so he turned down the idea.

Promoting Carell’s scene-stealing Evan Baxter to leading man status made perfect sense, but awarding Evan Almighty an eye-watering $175 million budget and a status as the single most expensive comedy in history definitely did not. That’s over twice as much as the opening installment, and it ended up earning less than half as much as its predecessor from theaters.

In fact, Evan Almighty didn’t even recoup its production costs, with a critical drubbing rubbing further salt into the wounds on top of an estimated $90 million loss. The premise isn’t too bad in practice – but the execution was a million miles off. Apparently, returning director Tom Shadyac was so preoccupied with the voluminous amounts of CGI that he forget to put any jokes in his “comedy”, with audiences ignoring it in their droves.

Of course, even the biggest bombs in the history of cinema have proven they can live to fight another day on streaming, and that’s exactly what Evan Almighty is doing right now. As per FlixPatrol, the infamous commercial disaster has landed a plum spot on the iTunes global rankings, so at least it’s finally finding an audience, albeit 15 years too late.