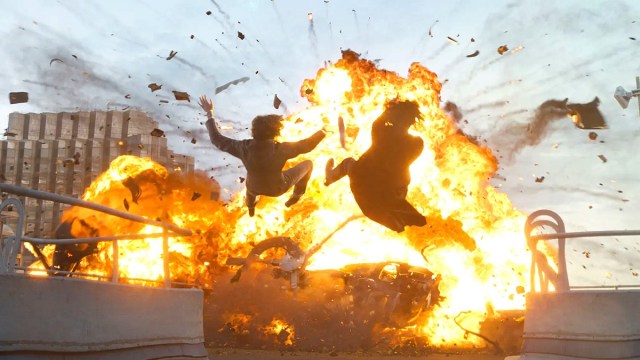 Even though legacy sequels are all the rage these days, it nonetheless came as a surprise when Lana Wachowski announced she was jacking back into the world of alternate realities and digital constructs to fly solo on The Matrix Resurrections.

Fans were naturally skeptical when the classic 1999 original had already been followed by a pair of subpar sequels, which ended in pretty definitive fashion with Keanu Reeves’ Neo sacrificing himself for the greater good. Following a lenghty pandemic-induced delay, Resurrections finally hit theaters and HBO Max in December of last year, where it cleaved opinion in two.

The self-awareness of the first act was praised as much as it was pilloried, with the concept of The Matrix existing in the real world as a video game franchise created by Reeves’ John Anderson at the behest of Warner Bros. admittedly bordering on self-indulgent and pretentious at points, but Resurrections ended up suffering when it abandoned those meta elements.

By the third act, it was another effects-driven actioner featuring a hand-waving hero throwing enemies around at will, with the climactic action sequences lacking the urgency, ingenuity, and excitement that had even managed to characterize Reloaded and Revolutions at their strongest. Of course, COVID meant the fourth Matrix had almost no chance of recouping its $190 million budget, but a bomb is a bomb whichever way you try and cut it.

Thankfully, Resurrections has continued to endure as a favorite on-demand, and it’s even managed to tear up the charts on four different platforms as we head into the weekend. As per FlixPatrol, not only is it a Top 10 hit on both HBO Max and Amazon, but the mind-bending trip back down the rabbit hole holds a Top 20 spot on Google Play Movies and iTunes, too, not bad for a film that’s been available on digital for almost half a year.