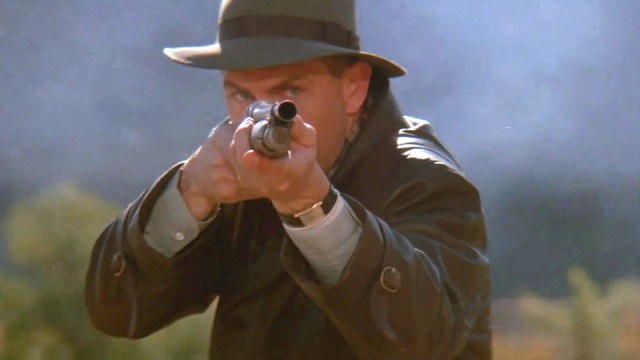 Despite boasting one of the least convincing Irish accents you’ll ever hear, Sean Connery deservedly won an Academy Award for Best Supporting Actor thanks to what was arguably the best performance of a legendary career in Brian De Palma’s classic crime epic The Untouchables.

The Scotsman was hardly famed for even attempting to cover up his instantly-recognizable tones, and he even beat out heavy hitters Morgan Freeman and Denzel Washington to land the coveted gong. Connery may have stolen the plaudits, but the film itself is rightly held up as an all-time great gangster thriller, one packed with both style and substance.

For all of De Palma’s signature flourishes and expertly-staged action sequences, The Untouchables also has the benefit of an incredible ensemble cast firing on all cylinders right across the board, with Connery being joined by Kevin Costner, Andy Garcia, and Robert De Niro, all of whom pitch their turns to perfectly suit the tone of the film.

It might be 35 years old, but that hasn’t prevented The Untouchables from finding new life on streaming, where it’s run all guns blazing onto the iTunes most-watched chart, as per FlixPatrol.

It’s a well-known story that’s been an integral part of American folklore for almost a century, but that doesn’t make it any less exciting to watch an elite squad of law enforcement officers bend the rules and do whatever it takes to bring Al Capone to justice, even if it’s tax evasion that ends up cornering the criminal kingpin in the end.