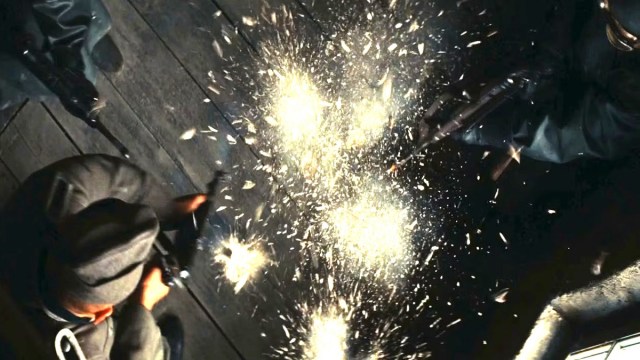 Quentin Tarantino has built his entire career on doing pretty much whatever he wants without compromise, so everyone was expecting the unexpected from Inglourious Basterds from the second it was announced, and that extends to the title itself.

Clearly inspired by the moniker of 1978 European war movie The Inglorious Bastards, the Academy Award-winning filmmaker decided to make some liberal adjustments to the spelling of the two key words. Why did he add an extra “u” to inglorious and swap out a vowel in bastards? Only Tarantino knows, and he admitted that he’d never explain his reasons.

Naturally, historians and factual purists were horrified from start to finish, especially when a machine gun turns Hitler’s face to mulch in the third act, but audiences didn’t mind at the time, and they certainly don’t mind now looking at the current streaming ranks. As per FlixPatrol, Inglourious Basterds has scored multiple Top 10 finishes on iTunes around the world, with the heightened horrors of war still going down a treat among the platform’s customer base.

True events be damned, it was undeniably and unabashedly entertaining to see the titular ragtag crew of soldiers go behind enemy lines to pull of a mission that was deemed implausible in more ways than one.