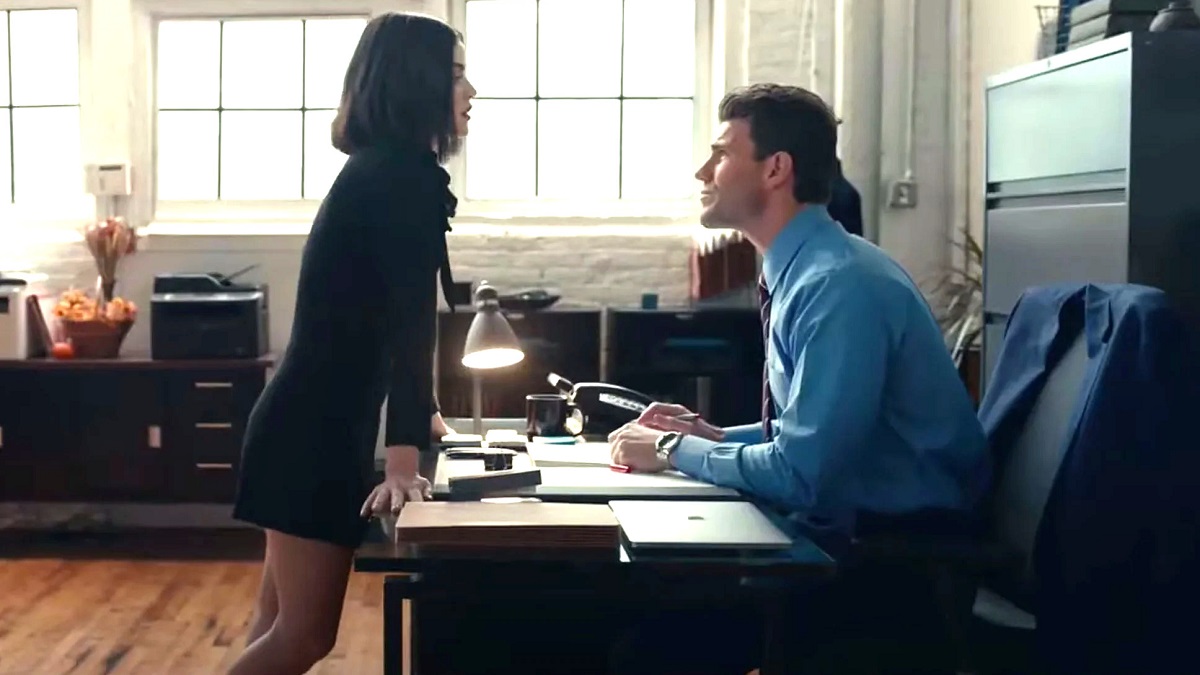 The romantic comedy has always been viewed as cinematic comfort food, the sort of thing fans of the genre will readily hunker down to watch on a regular basis, armed with plenty of snacks and some tissues for the inevitable tears that will flow.

As a result, stories of star-crossed lovers eventually ending up together have become prime fodder at the box office, but critics generally tend to turn their noses up at such lightweight, flimsy fare. However, despite only releasing in December of last year, The Hating Game flew almost completely under the radar despite earning surprisingly solid reviews.

Lucy Hale stars as an executive publishing assistant forced to work with her opposite number and instant rival after their companies merge… and you can predict almost exactly what happens based on that single sentence. That doesn’t mean it isn’t fun getting to that point, though, with Hale and co-star Austin Stowell delivering warm and fuzzy performances that pack a sharper edge than you might imagine.

A 71% Rotten Tomatoes score is very much at the higher end of the scale for a rom-com, and The Hating Game has now proven itself as a multi-platform success on streaming. As per FlixPatrol, it can currently be found as one of the most-watched titles on both the iTunes and Google Play libraries, with fans enamored by the crackling chemistry of the two leads.