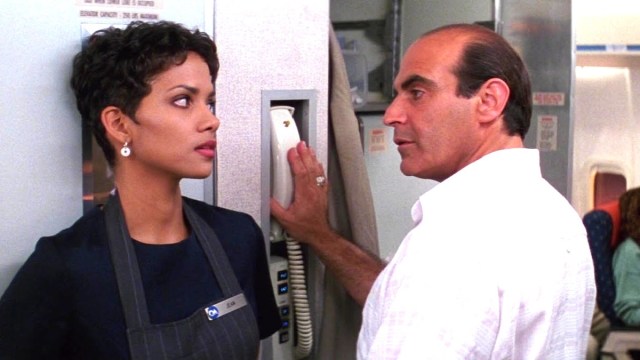 Plenty of action movie fans will swear by the 1990s being the finest decade the genre has ever seen, but due to the fact there was so much quality content on offer, plenty of unsung and overlooked gems have been allowed to slip through the cracks when viewers throw on their rose-tinted nostalgia glasses and cast an eye back at the cream of the crop, and it wouldn’t be a disservice to list Executive Decision among the more forgotten favorites.

To be fair, when we were given the likes of Speed, Terminator 2: Judgement Day, Point Break, The Matrix, The Rock, Con Air, Face/Off, Air Force One, The Fifth Element, Total Recall, Demolition Man, Desperado, GoldenEye, Men in Black, Rush Hour, Hard Boiled, The Fugitive, Mission: Impossible, Léon, and even more besides between 1991 and 1999, there’s no shame in being left out of the top-tier conversation.

Fortunately, Redditors have finally been giving Executive Decision its well-earned moment in the sun, with users singing the praises of Kurt Russell’s 1996 airborne extravaganza.

Steven Seagal may have earned a Razzie nomination for Worst Supporting Actor, but the high-stakes thriller following a hijacked plane full of nerve gas remains a joyous watch more than a quarter of a century later. It fared solidly-if-unspectacularly on the critical and commercial front, but it’s the sort of mid budget dumb fun action cinema has been missing in the modern, CGI-driven era.

Having recently experienced a resurgence on streaming, it’s about time Executive Decision returned to the hearts and minds of action junkies everywhere.