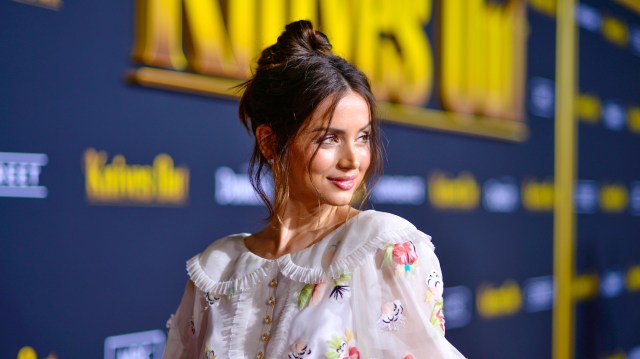 While Ana de Armas might insist that she’s no action heroine, her acting career certainly seems to be making a beeline for that line of work. The latest instance of this is The Gray Man, the new action thriller by the Russo Brothers that stars de Armas in a star-studded cast opposite Ryan Gosling and Chris Evans.

Since the movie is going on a limited theatrical run in a matter of days, the Cuban-Spanish actress has once again become the talk of the town. Ana has graced the cover of Elle‘s August issue, in which she dishes about her career, from landing a role in No Time to Die as a Bond girl, to going on another similar venture with the Russo brothers, not to mention Dexter Fletcher’s upcoming action-romantic flick, Ghosted.

Apparently, that’s one of the reasons she left LA, to seek calmer waters.

The actress had already seen how the scrutiny of a relationship like that had ruined her colleagues’ lives, having to constantly deal with paparazzi and the like, so she sought an out.

“Going through it [myself] confirmed my thoughts about, ‘This is not the place for me to be.’ It became a little bit too much. There’s no escape. There’s no way out. It’s always the feeling of something that you don’t have, something missing. It’s a city that keeps you anxious.”

Ana is now living in New York, and all the happier for it since it’s closer to her home country of Spain.