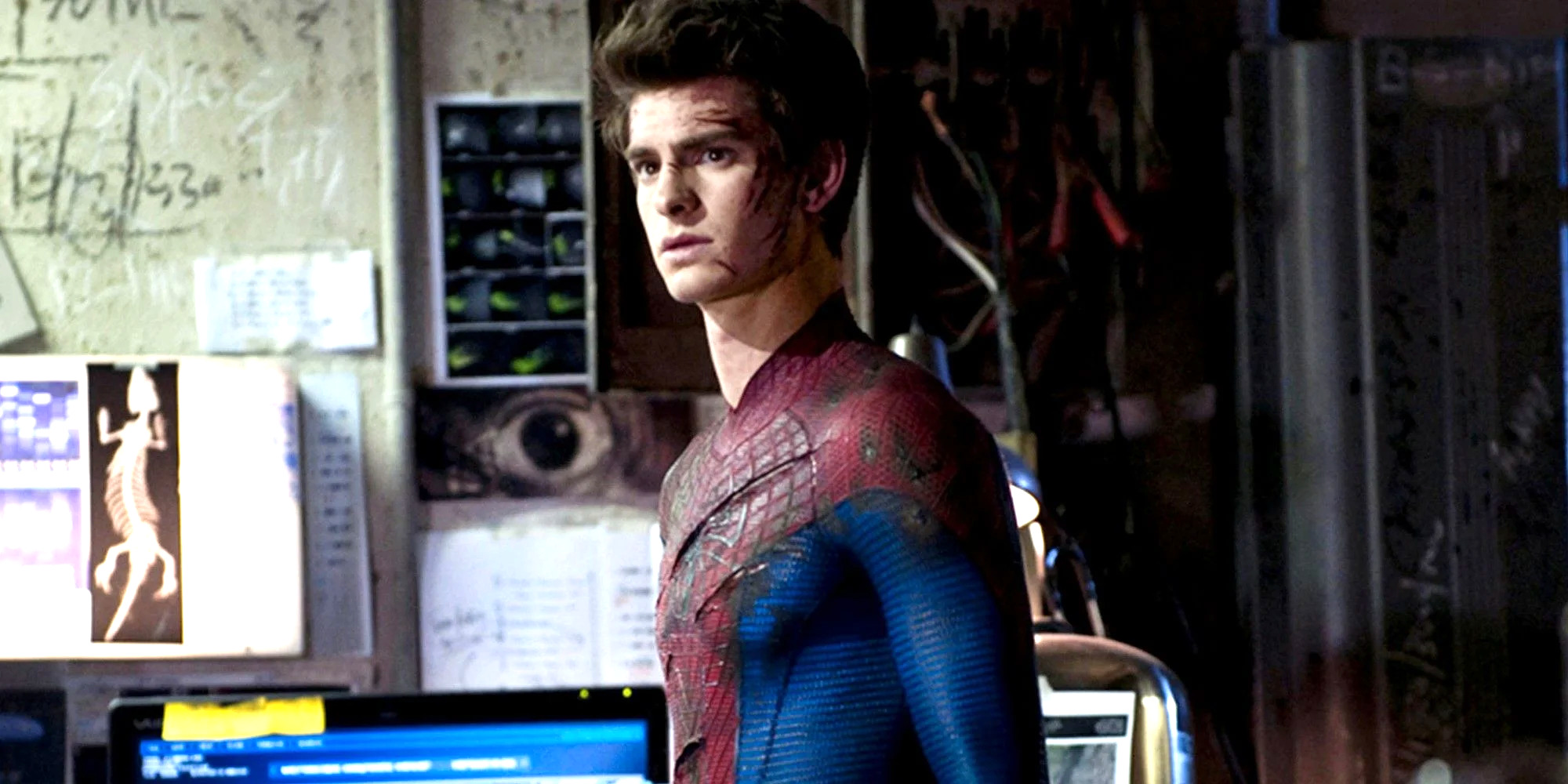 As everyone on the planet knows by now, Tobey Maguire and Andrew Garfield did end up returning for Spider-Man: No Way Home after all, and the chance to see the two legacy webheads again meant so much to Marvel fans who had grown up with them. It also meant a lot to the stars themselves, particularly Garfield it seems, as the Amazing Spider-Man veteran has opened up about how “deeply moving” he found the experience of reprising his role.

What’s more, the Tick, Tick… Boom actor has admitted what it would take for him to agree to play Peter Parker once more for some type of Amazing Spider-Man 3 project. While chatting with host Josh Horowitz on his Happy Sad Confused podcast, Garfield revealed his reaction to the enormous success of No Way Home, as well as reflecting on what it was like to work with Maguire and Tom Holland.

“That love has reached me, and the enjoyment of people in theaters has reached me. It’s very touching, I find it very deeply moving, because when we started my second Spider-Man film, it petered out. There was a disjointedness there. So for me, coming back and actually getting some more time to have fun with it, and to give the character some closure, and to play and the be the version of Spider-Man that I was always wanting to get to, and to be with Tobey and Tom and the rest of everybody in the movie, that was healing.

Garfield went on to call donning the Spidey suit again an “incredible full-circle moment.” While that suggests closure, however, he confirmed that he would “definitely” be “open” to coming back again as the wallcrawler. That is provided the project in question could be “something unique” that would serve both the fans and the character.

“In terms of moving forward with the character, yes, I am definitely open to that, and again, it would have to be something very unique, very special, and of service to an audience, of service to the character. I think there’s something playful and unique and odd and unexpected to be done. I’m not sure what that is, but if we could figure that out, it would be so much fun…

And also I would love to continue to work with Tobey and with Tom. That three brother dynamic is so juicy. But to be honest…I’m so happy and satisfied and grateful to be a part of this that it’s hard to want more right now. I’m really trying to savor this moment with the fans, with the audience, and say thank you. I feel very very humbled and grateful for the response.”

By the sounds of it, Garfield is so full of gratitude over the whole No Way Home experience right now that he’s not looking ahead to any potential second comeback just yet, but the good news is that he’s not ruling it out. It’s also interesting to note that he would love to appear opposite Maguire and Holland again, not just reprise his role solo. Maybe we could have one of these Spider-Verse-style team-up events every so often?

Spider-Man: No Way Home could either stand as a belated swansong for Andrew Garfield’s Parker or a new beginning. We’ll have to wait and see which one it is.