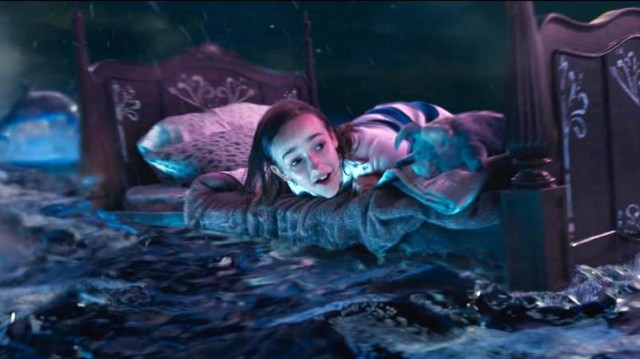 Just like clockwork, Netflix’s latest big budget blockbuster has arrived to unenthusiastic critical reactions, only to shrug in the face of widespread apathy to become one of the biggest hits on the platform, with Francis Lawrence’s Slumberland the latest in a long, long, long line of disappointing epics to strike a chord with subscribers.

As per FlixPatrol, The Hunger Games and Constantine director’s latest has become an instant Top 10 smash hit in 83 countries since premiering on the platform yesterday, but it’s only managed to land the number one spot in 19 of them. While that might change by this time tomorrow, for the time being, Jason Momoa’s $150 million fantasy has failed to dethrone Lindsay Lohan’s festive favorite Falling for Christmas, which is quite something.

On Rotten Tomatoes, Slumberland holds a weak score of just 39 percent, which is admittedly and very infuriatingly par for the course when it comes to Netflix’s expensive in-house exclusives. It would be nice if the company were to funnel so much money into productions that were rapturously received, but it’s been proven countless times over that reviews don’t mean a damn thing when it comes to convincing paying customers to push play.

Slumberland does have plenty to admire on a visual level, but as always, its the shortcomings in the storytelling that let it down. Momoa is evidently having a blast as the mischievous Flip, though, and he’s never anything less than a charismatic force of nature onscreen, and yet we can’t help but wish his whirlwind performance enhanced the end product instead of merely papering over the cracks.