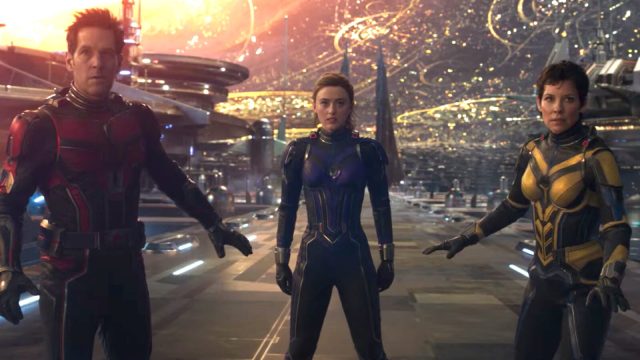 Earlier today MCU fans were treated to a gift they have all been waiting for since D23, the first trailer for the upcoming Ant-Man and the Wasp sequel Quantumania. Following this, another trailer has been released, but you may want to temper your expectations.

Taking to social media the official account for Ant-Man and the Wasp: Quantumania shared a new version of the trailer made for ants and as you’d expect you’re not going to see very much at all.

This satirical post is simply the same trailer fans received but shrunk down a ton to the point that you’ll need to zoom right in to get a good look. Of course, this is on-brand for an Ant-Man film, but perhaps not very useful for fans.

All fun aside, the first trailer for the movie has fans losing their minds as we’ve now got to see Kang the Conquerer in all his glory. Also, the trailer includes the whole gang including Cassie Lang now suited up and ready to fight alongside her father.

Fans have been eagerly awaiting their chance to see Kang on the big screen after the character’s impactful debut in Loki. The time for this is approaching and as we are well aware this won’t be the last time that fans get to see the Conquerer on screen.

If you’re eager to see Ant-Man and the Wasp: Quantumania the wait won’t be too long. The movie is set to arrive in theaters on Feb. 17, 2023. You can check out a human-sized version of the trailer here.