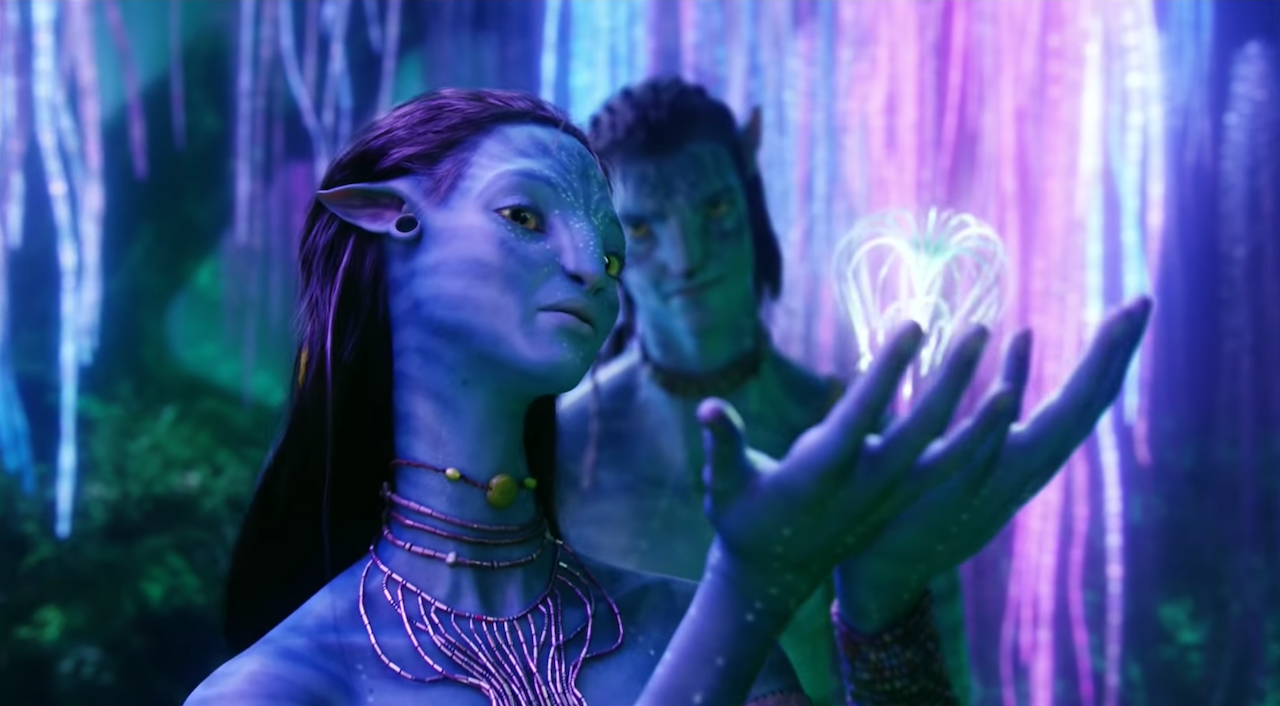 Doctor Strange in the Multiverse of Madness will pick up where Spider-Man: No Way Home left off — explore the weirdest corners of the MCU and potentially feature cameos from multiple non-Marvel superhero movies (including Patrick Stewart’s Professor X!). But, as of today, there’s another big reason to be hyped when you arrive at the multiplex next week.

It has been confirmed at CinemaCon that the debut trailer for Avatar: The Way of Water will be attached to the movie. The sequel will transport us back to Pandora and the Na’vi for the first time in thirteen years, with Jake Sully and Neytiri facing a whole new threat to paradise.

This trailer will undoubtedly showcase Cameron’s technological breakthroughs in underwater performance capture technology. To that end, he’s constructed a 900,000-gallon tank to submerge his cast, in which Kate Winslet performed underwater for an astonishing seven minutes without breathing, smashing Tom Cruise’s record for the longest breath-hold in a movie shoot.

However, Twitter is full of skeptics who are wary about Cameron’s Avatar sequel plans. A whopping four movies are in the pipeline, with future installments arriving in 2024, 2026, and 2028. Many have pointed out that while the original Avatar is the highest-grossing movie of all time, that gargantuan box office was driven by the novelty of new 3D movie technology.

The luster of 3D has long since worn off, so the new Avatar films will have to stand on their own merits. But cinema history shows it’s not smart to write off James Cameron: Titanic was widely predicted to flop prior to its release (after a famously troubled shoot) and there was a lot of head-scratching after our first look at Avatar‘s blue space cat people in 2009.

Let’s hope this trailer gives us some good reasons to get excited. If nothing else, it certainly bumps up the hype for Marvel’s next outing a notch.

Doctor Strange in the Multiverse of Madness premieres on May 6, while Avatar: The Way of Water arrives on December 16.