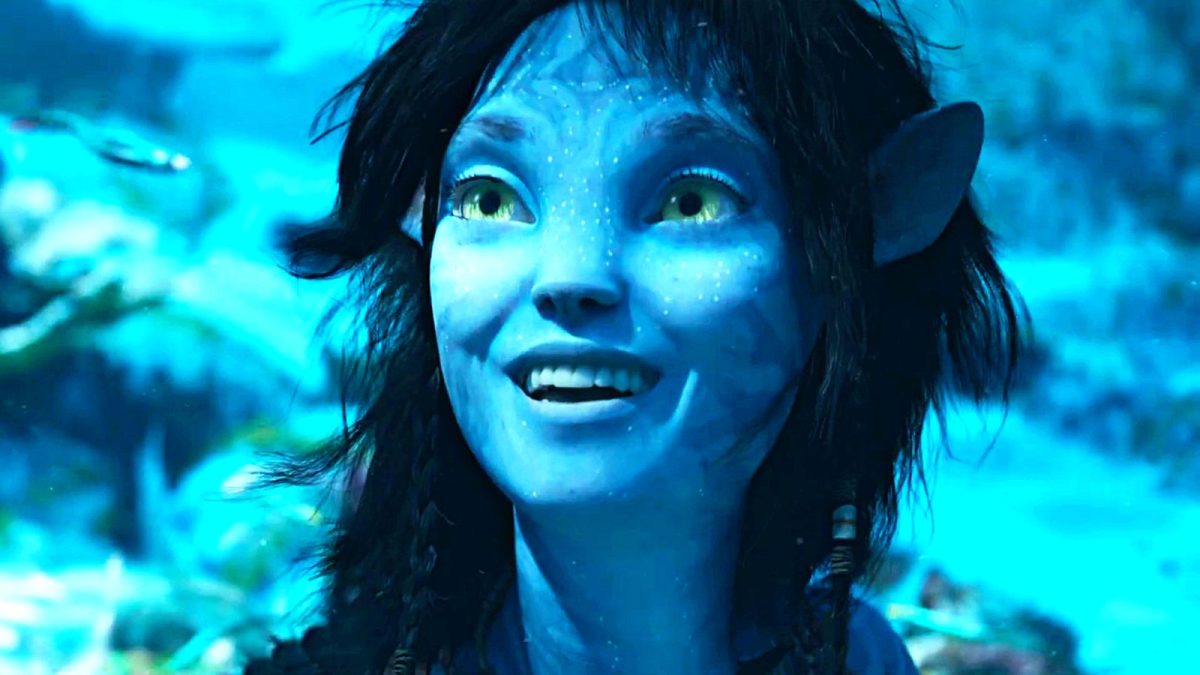 Among all the challenges in the making of Avatar: The Way of Water, creating a 14-year-old version of Sigourney Weaver for the character of Kiri was one of the most rewarding for the VFX team.

The starting point was Sigourney Weaver’s “fantastic performance” embodying a teenage girl, through facial expressions, and body language. However, they couldn’t just rely on de-aging technology to create Kiri’s facial design, so, through trial and error, they referred to Weaver’s earlier work, as well as pictures supplied by the actress of when she was a teen herself. Eventually, they had a “3D reconstruction of every performance.”

“We became experts. We knew Sigourney’s face well,” Barrett said. They could recognize certain mannerisms that Weaver has maintained to this day, which facilitated the translation from her performance to Kiri’s character rig, without taking anything away from the former.

For Stables, “Kiri is a celebration” of what their work can achieve, but both artists stress that they couldn’t have done it without Weaver’s commitment to and the way she embodied the character. Thanks to it all, they predict Kiri will become a “hot favorite” among Avatar‘s audience.

Stables and Barrett’s extraordinary work with Kiri and especially the underwater world of Pandora, has landed the film straight in the Academy’s shortlist for Best Visual effects, it was revealed Wednesday.

Weaver’s return to the franchise came as a surprise given the fact her character in the first film, Dr. Grace Augustine, is dead by the end. Kiri’s connection to Grace is unexpected and one of The Way of Water‘s major plot points, which we will keep unspoiled here, for anyone who hasn’t watched the sequel yet.