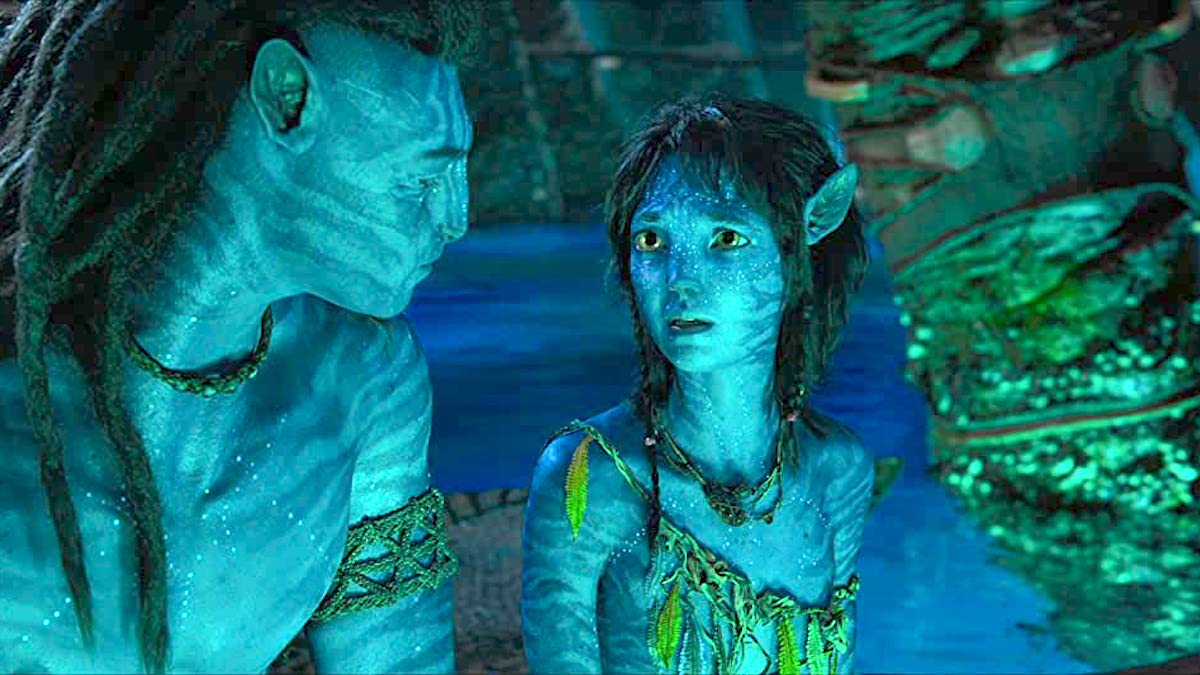 There’s no shortage of internet beef between fans of Nickelodeon’s critically acclaimed animated series Avatar: The Last Airbender and the similarly named Avatar franchise born out of the mind of James Cameron. To this day, the word “Avatar” has the power to drum up momentary confusion without fail.

Despite being the first one to trademark the Avatar name, Cameron didn’t put his first entry out until 2009; nearly five years after the debut of The Last Airbender. On top of that, with the recent release of The Way of Water and Cameron’s comments that an evil, fire-based Na’vi would be appearing in Avatar 3, some have begun to wonder if the storied filmmaker is borrowing a bit too much from the sci-fi saga’s namesake.

Of course, this speculation can quickly be dashed by pointing out that any two pieces of genre fiction featuring the four elements are effectively ripping off each other and everything that came before them, but one thread on r/FanTheories offered up an infinitely more interesting and palpable defense of Cameron’s creative innocence.

In short, the original poster suggests that the Avatar films do not follow the four classical elements, but instead the Chinese Wuxing elements, which include fire, water, earth, metal, and wood.

The user goes on to point out that 2009’s Avatar already gave us the wood element, given the focus on the tree-dwelling Omatikaya clan, while The Way of Water obviously had a focus on the water element. Finally, the confirmed fire Na’vi clan gives us the element of fire, leaving just earth and metal.

We also know that James Cameron plans to set the final Avatar film on planet Earth, which would check off the earth element. The one missing piece of the puzzle is how the fourth film would tie the metal element into everything, and judging by how much Cameron loves talking about his five-film passion project, we’re sure those hints will drop sooner rather than later.

Avatar: The Way of Water is currently playing in theaters.