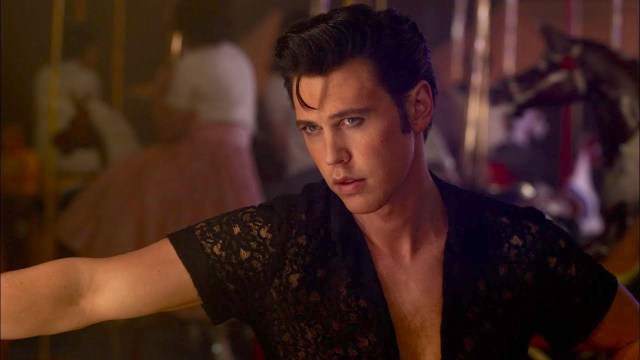 Austin Butler is bringing all the hip-shaking, Elvis-singing glory to your living room as Baz Lurhmann’s biopic, Elvis, makes its debut on HBO Max next week.

Collider shared the news this afternoon as the streaming platform announced that you’d be able to see Butler in all of his hypnotic Elvis-esque perfection on Sept. 2. We’re so not judging you one bit if you cancel all of your long-weekend plans to have a celebration fit for a king.

There’s no more fitting title for Elvis Presley than “King.” He was the king of rock n roll, the king of hearts stolen worldwide, and the king of his family, although his story ultimately ended in heartache — partly due to that larger-than-life stature.

Butler’s portrayal of Presley is so mesmerizing, genuine, and authentic that you almost forget he’s taking on a role. He became the music icon as he dedicated two years of his life to soaking in everything Elvis Presley, from interviews to performances and everything in between — Butler studied his every move.

You’ll laugh, shed some heavy tears, and leave the film with a better understanding of Presley, the legend, but also of Presley, the boy with a dream. Elvis gyrates onto HBO Max on Sept. 2, and you won’t want to miss it (or the opportunity to watch it again — and again).