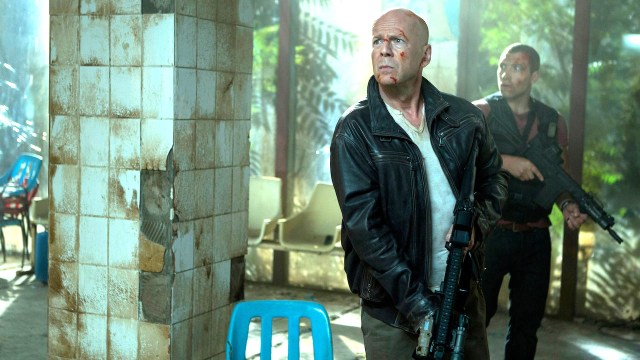 Hollywood history is littered with franchises that overstayed their welcome and wound up becoming pale imitations of what they once were, and as hard as some people might want to deny it, Die Hard is definitely a part of that conversation.

John McTiernan’s original remains arguably the single greatest action movie to ever come out of Hollywood, while the sequel was a solid-if-unspectacular retread that shifted the action to an airport while telling a virtually identical story. Die Hard with a Vengeance freshened things up with a fast-paced buddy caper bolstered by a race-against-time element, but it was the 12-year hiatus after that when the wheels fell off.

Die Hard 4.0 is a decent enough blockbuster, but it’s an awful Die Hard flick, with everyman John McClane now capable of taking down fighter jets with his bare hands for some reason. A Good Day to Die Hard was just terrible on almost every conceivable level, with Bruce Willis’ signature role becoming just another middle-aged guy shooting his way through faceless goons and dropping the occasion quip.

Of course, the actor has stepped away from the business in light of his aphasia diagnosis being made public, but that hasn’t stopped Die Hard diehards from stating their case on Reddit about the need for another entry in the series to exist.

It would need to be either a prequel or a reboot, and we’d be lying if we said either of those options was even remotely appealing. There’s no Die Hard without Willis, but with the iconic action star pushing 70 years old and dealing with health problems, we can surely retire McClane’s white vest for good. Then again, we can never truly rule anything out with Disney now in control of the rights…