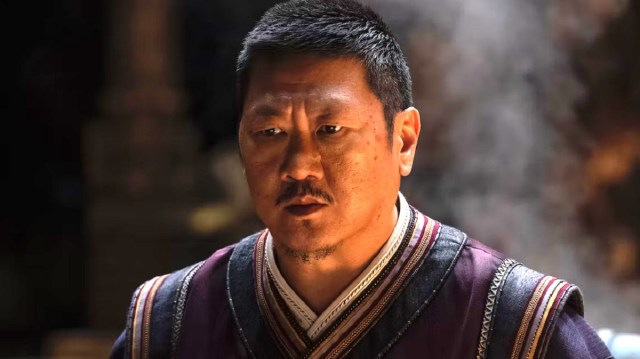 Benedict Wong has become so popular that Tatiana Maslany’s Jennifer Walters felt obligated to break the fourth wall in the most recent episode of She-Hulk: Attorney at Law to remind us all how much we love the Marvel Cinematic Universe’s Sorcerer Supreme.

The British actor is on the hottest streak of his MCU tenure date, making more appearances in the last eight months than he did in his first five years as part of the franchise, which is why he’s bang on the money when describing the latest stage of storytelling as Phase Wong. Shang-Chi and the Legend of the Ten Rings, Spider-Man: No Way Home, Doctor Strange in the Multiverse of Madness, and She-Hulk are already in the can, and there’s no doubt much more to come.

Speaking to The Hollywood Reporter about the widespread adulation to follow his down-to-earth approach to being the custodian of the Mystic Arts, Wong was as self-effacing as usual, opening up his response by describing it as “such a vibe”. Not only that, but he then went on to admit he often ends up getting drawn into the social media rabbit hole that comes his way from the Wongtourage.

“Yeah, I mean, [they] send me stuff, and then you kind of just go into a bit of a nosy rabbit hole. I’m really heartened by it, you know? The Marvel fans have kind of warmed to me, and I’m grateful of that. I take my work very seriously in terms of acting, but I also really enjoy having a ball in this universe. I was watching episode four today and just marveling at the work of the VFX team. Just a simple hand gesture of the movement there that I can play, and then what they can fill in. Or just a fling of an arm, and all of a sudden, something else appears. And that, to me, is just the realm of being the big kid that I’ve always been. I’ve just got the most incredible team around me to realize it all. It looks visually stunning, especially with all the goblins.”

Long may the era of Wong continue, even if the fact he’s been all over our film and television screens has a lot of fans growing increasingly concerned that his days may be numbered sooner rather than later.