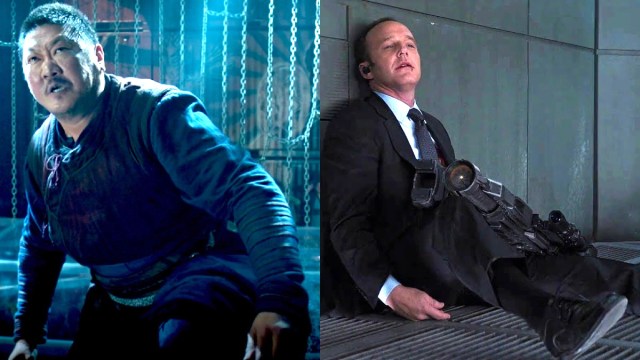 The Marvel Cinematic Universe’s resident Sorcerer Supreme is everywhere you look these days, with Benedict Wong‘s Master of the Mystic Arts having already popped up in a slew of Phase Four projects.

Having only made three appearances between his debut in Doctor Strange and Avengers: Endgame, Wong is now gearing up for his fourth outing in eight months when She-Hulk: Attorney at Law brings the affable overseer of Kamar-Taj to Disney Plus, hot on the heels of Shang-Chi and the Legend of the Ten Rings, Spider-Man: No Way Home, and Multiverse of Madness.

Needless to say, the Wongtourage have been greatly enjoying Phase Wong of the Wong Cinematic Universe, but fans are getting worried after realizing that the last person to pop up so frequently across the franchise was Clark Gregg’s Agent Coulson, who ended up meeting his ultimate fate at the hands of Loki in The Avengers.

With The Kang Dynasty and Secret Wars coming in May and November of 2025, you can understand why so many MCU supporters and Wong diehards are concerned that their favorite deadpan sling ring bearer could be nearing the end of the road, especially when the precedent was set once before by the beloved Coulson.

While it’s not a guarantee, it wouldn’t be the most shocking thing in the world were Wong maximizing his minutes ahead of bowing out of the shared superhero saga for good, although you can bet there’d be an internet uproar were he to disappear in anything less than a blaze of stern, disapproving glory.