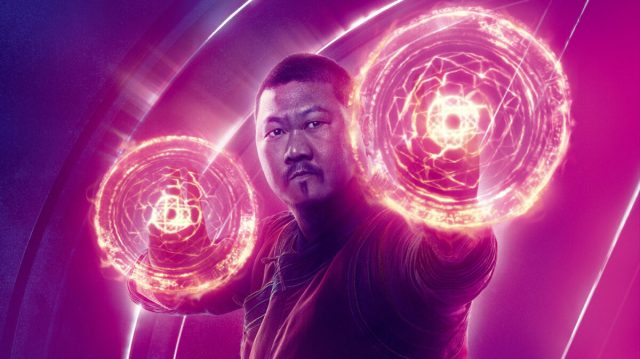 Phase four of the MCU kick-started the Multiverse Saga which is set to continue for phases five and six as well. Much like how the Infinity Saga revolved around the Infinity Stones, leading to the climactic Avengers: Infinity Wars and Endgame, the Multiverse Saga revolves around how the multiverse will impact our heroes and will lead to Avengers: The Kang Dynasty and Secret Wars. But it seems that phase four has seen a significant amount of one character in particular leading fans to believe it is this is Phase Wong.

Wong, played by Benedict Wong, has made his mark in the MCU, seemingly taking on the role of overseer of the universe and beyond. We were initially introduced to the character back in 2016’s Doctor Strange. The chemistry between Stephen Strange and Wong was a hit from the start leading to the film’s funnier moments.

Wong is currently Earth’s Sorcerer Supreme, thanks to Dr. Strange being blipped for five years, and has also appeared in Shang-Chi and the Legend of The Ten Rings, Spider-Man: No Way Home, Doctor Strange in the Multiverse of Madness, and will appear in the Marvel series She-Hulk as well. Dude has been busy.

In the upcoming series, we see Bruce Banner’s cousin, Jennifer Walters, trying to balance her green, superhero persona with being a lawyer. Thanks to her unique access to both worlds she is asked to work on cases that involve other powered beings, including Abomination, a character we last saw having a friendly spar with Wong in Shang Chi. In the trailer, Wong in seen trying to educate Walters about the dangers the universe faces by saying, “We answer to a higher power. Our universe is on the edge of a precipice.”

Wong has long been a fan favorite thanks to his dry humor, witty banter with Doctor Strange, and his often scowly features. Fans are loving his inclusion in so many projects, with one user starting a thread about just how prolific the character is.

This user feels that the character has taken over somewhat from Fury. Though Fury watched over Earth, Wong’s job is to look out for the whole universe and other dimensional threats and threats from the multiverse.

Fans agree pointing out that his inclusion in so many projects does make sense due to his job title.

Some joke that his interaction with a variety of powered beings is thanks to a comment made by Dr. Strange in Avengers: Endgame.

He really wants to make sure he has everyone.

This user points out that it makes sense to see Wong and Abomination in the same production after Shang Chi.

The theory is that She-Hulk will be set during the blip period and that this may be Wong’s introduction to Emil Blonsky aka Abomination.

Regardless of why Wong is there, fans are just happy to see him.

As someone with deep knowledge of the other dimensions and the knowledge of the multiverse, Wong will likely play a strong role within phase four and will no doubt be appearing in more MCU projects in the future. You can catch him in She-Hulk first, premiering on Disney Plus on August 17.