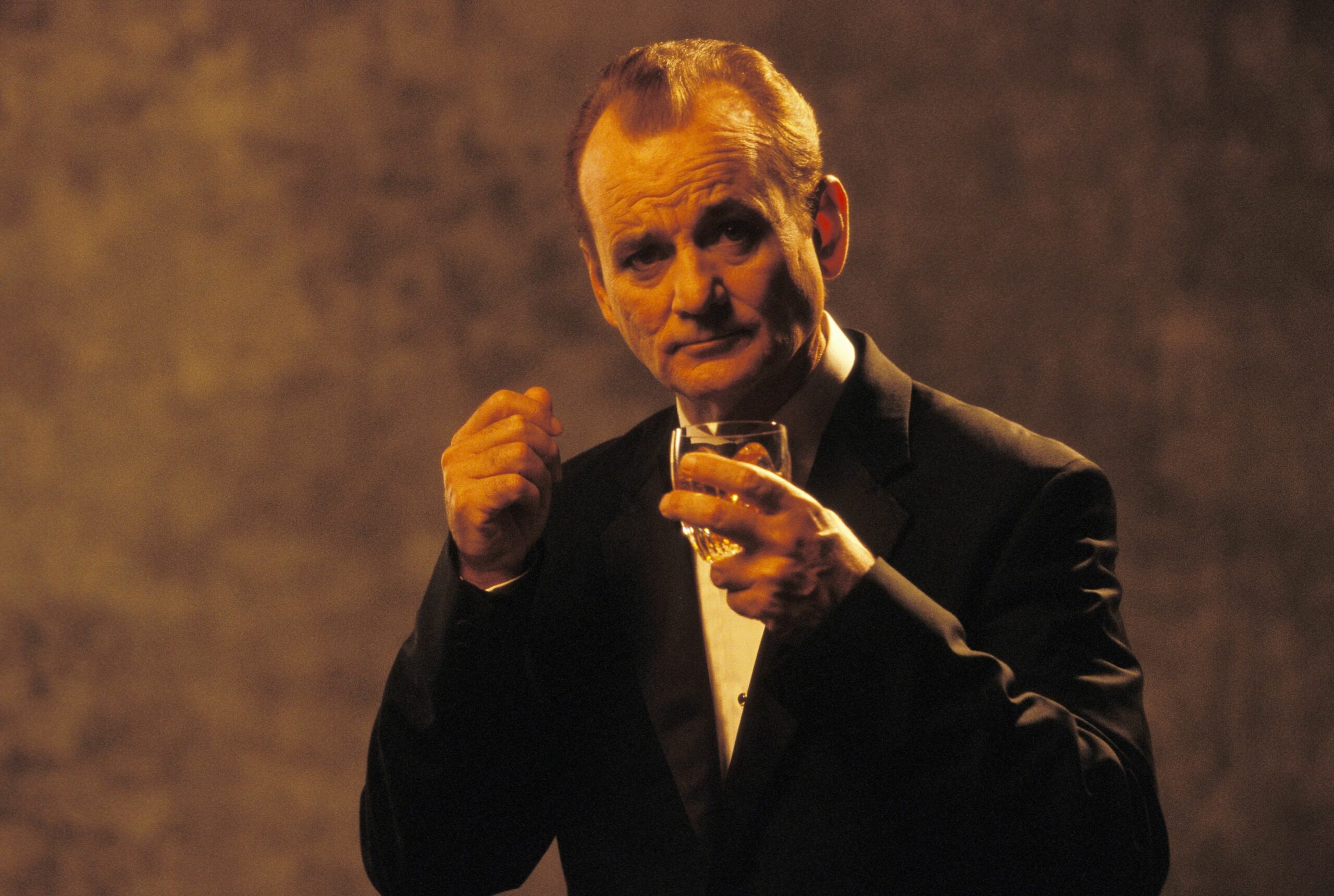 Bill Murray is one of the most revered and accomplished actors working today. For over four decades the Chicago born actor has delivered memorable performances in a number of iconic comedies, ranging from Stripes to Groundhog Day, while also proving his range as a dramatic actor in films such as Lost in Translation and St. Vincent.

To say Murray is in a class of his own is an understatement. Few actors can play tired like the Oscar nominated star. His face, his voice, and his posture all scream of exhaustion, so it shouldn’t be a surprise that the best Bill Murray performances capture that energy. That doesn’t necessarily mean that Murray can’t bring energy to the screen, though. Instead, it means that a certain world weariness comes with the territory whenever you’re talking about him.

Murray has been a great comic star for decades, but it’s clear that he’s always had deeper reserves to draw on as well. Not every director knows how to use Murray well, but he’s delivered the kinds of performances that no other actor could. Here are the best movies Bill Murray has been in over his long, varied career.

Murray has plenty of depth that will be explored further down this list, but in the Sydney Pollack directed Tootsie, he just gets to be hilarious. Playing Jeff, the roommate to Dustin Hoffman’s gender-bending lead character Michael Dorsey, Murray serves as a largely passive witness to the events of the film and thus becomes an excellent audience surrogate. The fact that Murray only has a tangential relationship to the plot of Tootsie could make his character feel extraneous, but Murray’s incredible screen presence constantly reminds us how essential his relatively small part is to the whole thing working.

Wes Anderson is one of the definitive creative collaborators in Murray’s filmography, and Moonrise Kingdom is a great example of how Anderson is able to use him. Taking a supporting part here, Murray plays Walt Bishop, a father and husband who finds that his marriage is failing even as he struggles to understand why. Murray is often incredibly funny in the role, but there’s also a tragedy to every one of his scenes that only a few actors are capable of pulling off. Murray’s comedy comes from pain, and Anderson knows how to tap into that directly.

Murray going full comedy is never a bad thing, especially when the rest of the movie works so well around him. In the Harold Ramis directed Caddyshack, Murray plays Carl Spackler, the simple-minded groundskeeper who spends much of Caddyshack in an ongoing war with a gopher that is tearing up the golf course he’s responsible for maintaining. The result is pure physical comedy gold, and proof that Murray could have thrived as a silent movie star, even if it’s probably a good thing that we got to hear his sad, wistful voice in some other performances.

In one of his earliest lead roles, Murray plays John, a cabbie who decides to take his chances after enlisting in the US Army, only to become the figurehead for a group of misfit soldiers. The Ivan Reitman directed Stripes was all the proof we needed that Murray could be a bankable and compelling comedy star, even as the movie itself only works in fits and starts. Through it all, though, it’s hard to deny Murray’s greatness in the central role.

Another in the pantheon of tragic Murray characters, the Tim Burton directed Ed Wood sees Murray take on a supporting role as John “Bunny” Brackenridge, a drag queen who helps the titular character (Johnny Depp) make a lot of his famously terrible films. The tragedy of Bunny as a character is that he was clearly born at the wrong time, and one of the most beautiful things about Ed Wood is the way Bunny and the rest of the ensemble find a home among Ed Wood’s misfits. Murray is equal parts droll and delicate throughout, and delivers a thoroughly lovely performance.

Murray’s most critically acclaimed performance remains one of his very best in the Sofia Coppola directed Lost in Translation. Murray stars as Bob Harris, a washed up actor who has found work in Japan, where he finds connection with a young American (Scarlett Johansson) who is also stranded there. Lost in Translation is fundamentally about how hard it can be to feel like an active participant in your own life. Murray is wonderful in the role, and ultimately earned an Oscar nomination for his performance. Lost in Translation and Murray’s performance have both aged wonderfully, proving that the actor knows how to find ideal vehicles for his skills.

The Ivan Reitman directed Ghostbusters is an ensemble comedy, but it wouldn’t work if Murray wasn’t there judging the film for existing from the very first second he shows up on screen. Dr. Peter Venkman (Murray) is the kind of man who doesn’t seem totally convinced that ghosts are actually real, even after founding a company dedicated to busting the pesky spirits. Even after he’s presented with irrefutable evidence, Venkman maintains his sardonic perspective. He’s totally unshakeable, and he’s the reason that Ghostbusters is funny instead of strange.

Murray is not in the Ruben Fleischer directed Zombieland for very long. In fact, one of the movie’s great delights is that you’re so surprised to see Murray playing himself in tons of zombie makeup, that it takes you a second to catch your breath. Once you realize that Bill Murray just agreed to cameo in Zombieland, you’ll find that his cameo is one of the best in the history of moviemaking. Every single thing Murray says and does is funny, and his shocking death, which comes just minutes after he’s introduced, is a big reason why Zombieland is placed so high on this list.

Wes Anderson might have been the first person to fully unlock the kind of performer Murray was capable of being, especially in his later years. In Rushmore, Murray plays Herman Blume, the mentor and eventual romantic rival of the film’s main character Max Fischer (Jason Schwartzman), but what Murray is able to channel so beautifully is the aching sadness of his obscenely wealthy character. Murray knows how to play disconnected, and in Rushmore, he got to show audiences a full range of what he was capable of for the first time.

Groundhog Day allows Murray to do everything he’s great at. As grumpy weatherman Phil Connors, he’s angry, cynical, and incapable of thinking of anything except how terrible both his life and job are. Thanks, however, to the movie’s premise, Murray gets a chance to gradually shed that hard exterior and reveal himself to be sweet and caring. Few movies have given Murray the chance to be this fully human, and he doesn’t waste it here. Directed by Harold Ramis, Groundhog Day is one of the best movies ever made, and it would be nothing without Murray holding it all together.