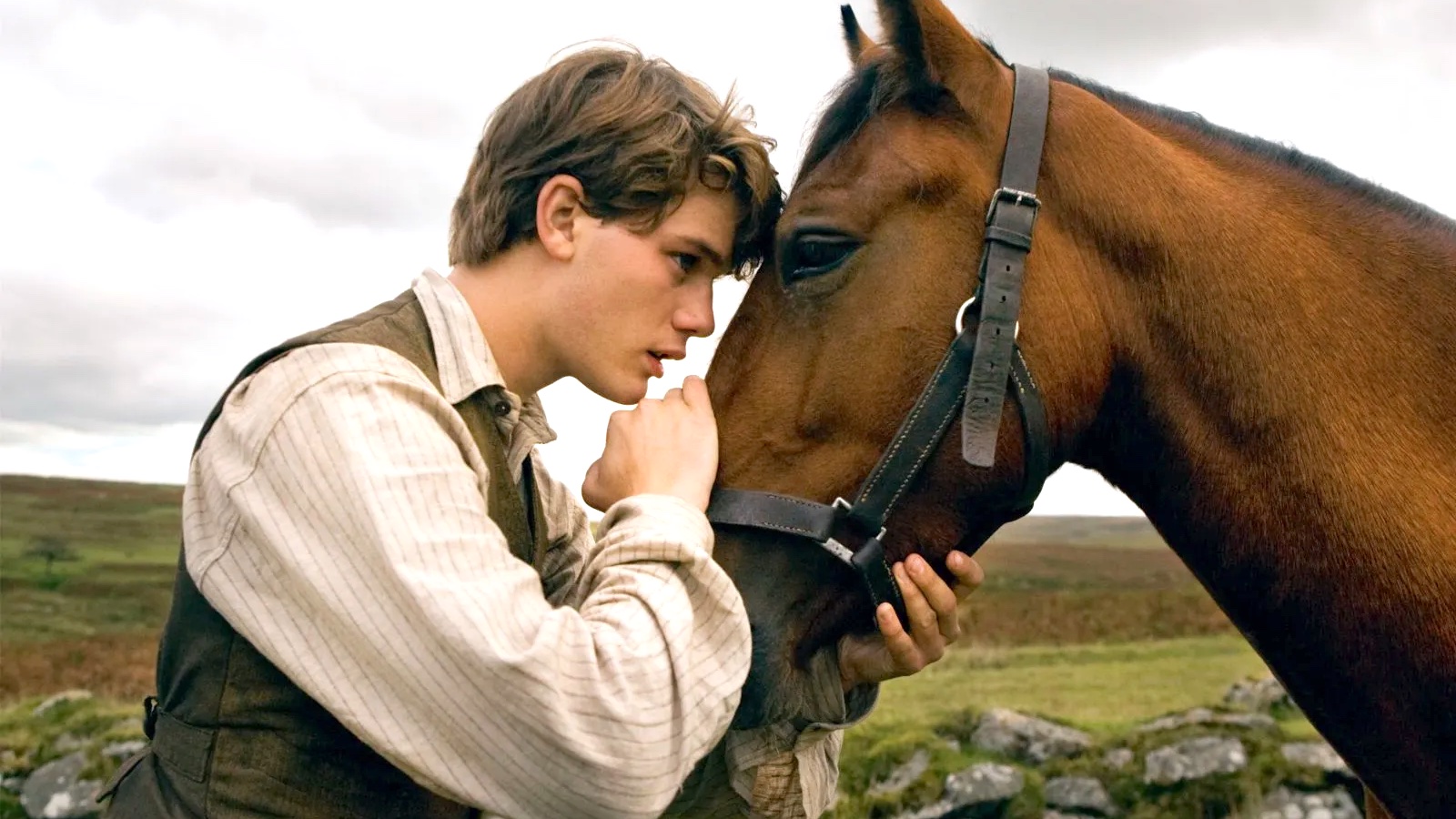 For as long as movies have been around, people have been riding horses in them. Sometimes the horses don’t play a major role in the film, existing as a way for characters to get from one place to another. On occasion, though, a movie will take the time to investigate the relationship that a horse has with the humans around it.

The following movies all do that in one way or another, and the results are often deeply moving. Here are the best movies featuring a horse in a prominent role.

Because he is one of the greatest directors in the history of Hollywood, Steven Spielberg doesn’t make many movies that audiences would deem “bad.” War Horse is often regarded as one of his less successful efforts, but that doesn’t mean it doesn’t have its merits. Adapted from the play of the same name, the film tells the story of a horse who is sold into the British cavalry during World War I and proceeds to change the life of every person he meets. It can be treacly and sentimental at times, but Spielberg gives the film a vast enough scope that it never feels overly maudlin.

Seabiscuit plays with many of the well-worn tropes of the sports movie genre, but there’s a reason those tropes have proven to be so effective. The movie tells the true story of three down and out people ⏤ a jockey, a businessman, and a horse trainer ⏤ who team up to help an undersized horse meet its potential. Seabiscuit’s ultimate triumph comes in the midst of the Great Depression and inspires a nation at a moment when an underdog horse is exactly what the country needs.

A devastating story about a boy and a horse, Lean on Pete tells the story of a teenage boy who makes a valiant attempt to save an aging racehorse from slaughter and chronicles his journey across the American West as he searches for a home. Lean on Pete is effective in part because it understands that this boy is trying to build himself up into mythic terms. Pete is a good horse, but he can’t save this kid from his problems, and Lean on Pete is willing to get dark before arriving at its hopeful conclusion.

Telling an epic tale about the relationship between a boy and a horse, The Black Stallion follows a young boy who is ultimately stranded with a stallion off the course of Africa. When he’s rescued, he brings the horse with him and eventually begins working with a horse trainer to prepare the horse for a race. While that may seem like a lot of plot for a single movie, it works in part because The Black Stallion spends time on the relationships between every human character and the horse that becomes the movie’s emotional core.

It wasn’t all that well-reviewed at the time, but Hidalgo has plenty of thrills and plenty of horses as well. The film follows an American showman who is an immensely skilled rider and is challenged to demonstrate that skill in a horse race in the Middle East. With his reputation and his life on the line, Hidalgo chronicles his journey through the race, and his ultimate triumph over the many thoroughbred horses that his American stallion is going up against.

Telling the true story of the 1973 Triple Crown winner and his female owner, Secretariat follows a woman who agrees to take over the family thoroughbred care after her father falls ill. Ultimately, Secretariat is about how she finds success in a sport dominated by male owners and ultimately trains one of the most successful horses in the history of the sport. It’s certainly an inspirational story, but one that never feels too sweet for its own good.

The Nest may not seem like an obvious candidate for this list, as the movie is largely about a marriage that is on the verge of falling apart, but one of its major subplots is the wife’s work as a horse trainer. She clearly loves horses more than anything else, and the movie’s most devastating scene comes when her horse unexpectedly falls ill. Horses are ultimately at the core of the movie’s plot and they’re doing a lot of the symbolic work required to move the film forward.

Another inspirational story that’s told with real verve and weight, The Mustang follows a violent convict who is given the chance to participate in a rehabilitation program that involves training wild mustangs. The movie is delicate in the way that it handles the relationship between its central character and the horse he’s tasked with training, and it never goes for the most obvious emotion or feeling. It’s a marvelous movie, in part because it’s willing to be subtler than you might expect.

Starring a 12-year-old Elizabeth Taylor, National Velvet was a sensation when it was first released in 1944. The film tells the story of a young girl who becomes the owner of an erratic horse and decides to train it to race in England’s National horse race. She’s aided in her training by a former jockey, and much of the film’s success was because of the ways it built out a relationship between the young girl and the older jockey who slowly warms to her.

A narrative feature that is based on its star’s real life, The Rider follows a former rodeo cowboy who suffers a brain injury and is forced to look for a new purpose when he realizes he can no longer ride horses. It’s a tragic, sad movie that takes the time with the people it focuses on. Director Chloe Zhao would go on to win Best Director for her work on Nomadland, but The Rider may be an even greater achievement, in part because it feels even more distinctly human.