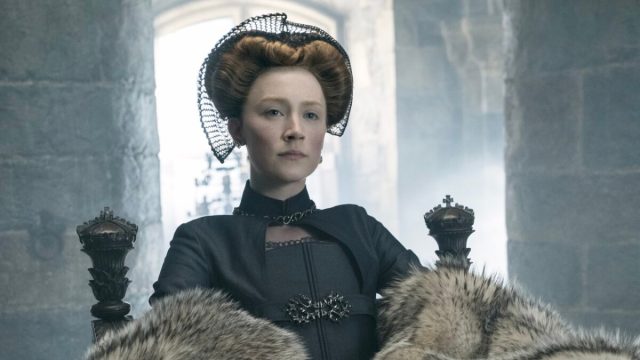 Following the death of Queen Elizabeth II, there has naturally been some renewed interest in stories about monarchies and dynasties. As one of the most famous families in history, it is no surprise that the British royal family has had a number of films made about them. Whether historically accurate, or highly fictionalized, these tales, even dating back centuries, have always proven popular with audiences.

Whether you’re a fan of the monarchy and its rich history, or you just love a good period piece, here are 10 of the best movies about the British royal family.

Colin Firth plays King George VI in this acclaimed historical drama focusing on the period before George became king. The central focus of the movie is George, whose elder brother, and heir to the throne, abdicates, leaving him to pick up the mantle as King of England. However, George suffers from a speech disorder and stutters, leading him to employ the services of a speech therapist named Lionel Logue to help him prepare for his first radio broadcast. Hailed as one of the best films of all time, The King’s Speech was a huge critical and commercial success, earning numerous awards, and sweeping at the 83rd Academy Awards, taking home the highly coveted Best Picture award, as well as the Best Actor award for Firth. Geoffrey Rush and Helena Bonham Carter also earned widespread praise for their portrayals of Logue and Queen Elizabeth respectively.

One of many movies about Queen Elizabeth II, the longest reigning monarch of the British family, The Queen loosely depicts the events that occurred after the death of Princess Diana. It focuses on the polarizing reaction of the entire royal family at the news of Diana’s passing, as they all debate on whether to keep the details of her death as a private matter, or treat it as an official royal death. Helen Mirren played Queen Elizabeth II, a performance that earned her an Academy Award for Best Actres, as well as an official invitation to dine with the Queen at Buckingham Palace.

The Other Boleyn Girl

In this fictionalized account of the royal family, the Boleyn sisters, Anne and Mary, were both involved with King Henry VIII. Anne was his second wife, while Mary was his mistress. Natalie Portman and Scarlett Johansson portray Anne and Mary respectively, as viewers follow the story of their complicated relationship, as well as the politics surrounding Anne’s marriage to the king. While the movie was criticized for its inaccurate depiction of historical events, audiences enjoyed the dramatic and romantic depictions, and the performances of the lead actresses were met with considerable praise.

This 1998 biopic stars Cate Blanchett as Queen Elizabeth I, a role that shot her to mainstream fame. Blanchett shines as the Queen in her early years, following the death of her half-sister Mary I, the tyrant queen known as ‘Bloody Mary’. The political drama shows the struggles Elizabeth faced as she assumed the throne, as multiple people tried to dethrone her and dispute her ascension claims. Many aspects of the movie were praised at the time of its release, especially the direction, costume design Blanchett’s Oscar nominated performance.

Saoirse Ronan and Margot Robbie steal the show as Mary Stuart and her cousin Queen Elizabeth I in this historical drama based on the biography by John Guy. The film depicts the tensions between Mary and Elizabeth as the former returns to Scotland from France to reclaim her throne after the death of her husband. Now in direct conflict with Elizabeth, their heated hopposition is deepened by the fact that Mary is Catholic and Elizabeth is Protestant. One of many films depicting the two royals at loggerheads, this version Mary Queen of Scots received a mixed reception from critics, particularly due to many historical inaccuracies, but Ronan and Robbie’s portrayals were praised.

The most recent biopic about Princess Diana stars Kristen Stewart and Jack Farthing as Diana and Charles. Set during the Christmas of 1991, media scrutiny into their marriage, and rumors of infidelity reached their peak. The audience watches Diana struggle under all of these factors as she contemplates leaving Charles and the pressures of the royal family. Stewart’s dynamic portrayal of Diana, Princess of Wales was met with rave reviews, and she earned Best Actress nominations at the major awards ceremonies, including the Oscars.

While a big portion of this period drama chronicles the romance between Queen Victoria and Prince Albert, it also showcases the complex politics and family dynamics surrounding her ascent to the throne. Emily Blunt stuns as Queen Victoria in this movie exploring the monarch’s life from childhood and throughout her reign. The Young Victoria tackles romance, politics, and drama and was praised for the performances of the ensemble cast, and partial historical accuracy.

Based on the plays Henry IV and Henry V by William Shakespeare, The King stars Timothée Chalamet in a gritty historical depiction of the rise to the throne of King Henry V. The film chronicles the war between England and France, and the events afterwards. While not completely historically accurate, The King received a favorable response from critics and audiences, with particular praise going to the enactment of the Battle of Agincourt.

There aren’t many movies about the royal family that can be categorized as comedies, but The Favourite is one of the few. Starring Olivia Coleman, Rachel Weisz, and Emma Stone, this historical black comedy centers on a unique triangle between Queen Anne of England, her advisor Sarah Churchill, and Sarah’s cousin Abigail Masham. With Sarah and Abigail desperately hoping to become the Queen’s favorite, Anne battles with her deteriorating health. Heartful, humorous, and tragic, The Favourite was lauded for its direction and the acting of the three leads. Coleman was particularly selected for her fantastic portrayal, and snagged the Best Actress award at the Oscars.

Dame Judi Dench stars in this historical drama that earned her an Oscar nomination for Best Actress. Victoria & Abdul, based on the book of the same name, tells the unpopular story of Queen Victoria and one of her Indian servants, Abdul. Forming an unlikely friendship, Victoria’s affection for Abdul leads her to develop a fascination with Indian culture, even learning Urdu and reading from the Quran.