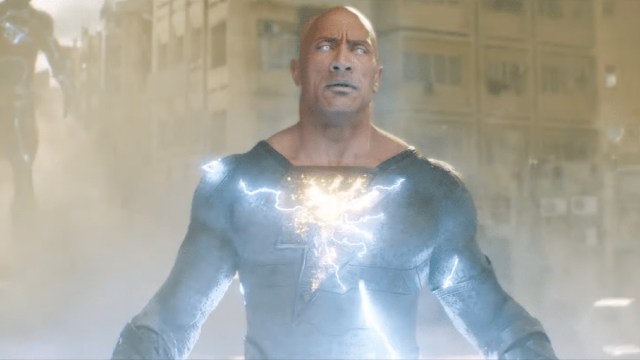 Dwayne Johnson has been attached to the role of Black Adam for the longest time, as he first agreed to play the part for Warner Bros. as early as 2008. And yet it’s taken until 2022 for The Rock to make his on-screen debut as the Man in Black in his very own self-titled movie. Part of the reason for the lengthy delay is because studio execs originally couldn’t make up their mind what they wanted to do with him. For instance, it turns out the character almost debuted in another, very unexpected, DCEU production.

As part of a piece detailing the long, arduous journey of bringing Black Adam to theaters, The Wrap spoke to Johnson’s producing partner Hiram Garcia who revealed that, at one stage, Adam nearly appeared in the post-credits scene of 2016’s Suicide Squad. However, nothing was ever shot for the David Ayer directorial effort and the idea was ultimately swept under the rug. As Garcia recalled:

“There was talk of him being utilized right at the end of something, but it was just conversations and that was many regimes ago.”

In some ways, you can see what DC was thinking in dropping the crusader from Kahndaq into Suicide Squad, given that it was a showcase for so many anti-heroes and villains from the DC pantheon. And yet his inclusion would’ve stuck out like a sore thumb considering where the DCEU was situated at the time. The film’s actual tag sequence, involving Ben Affleck’s Batman getting info on the Justice League from Amanda Waller, made much more sense.

Of course, the very first plan was to have Black Adam serve as the villain of the Shazam! movie, eventually released in 2019. As Garcia told The Wrap, however, Johnson and his team preferred to remove Adam from that project and spin him off into his own solo vehicle. “Both those guys just needed more space for their story to properly be told,” the producer explained.

Now at long last, much like in the film itself, Adam has finally escaped from suspended animation. We’ll find out if it was worth the wait when Black Adam thunders into theaters this weekend.