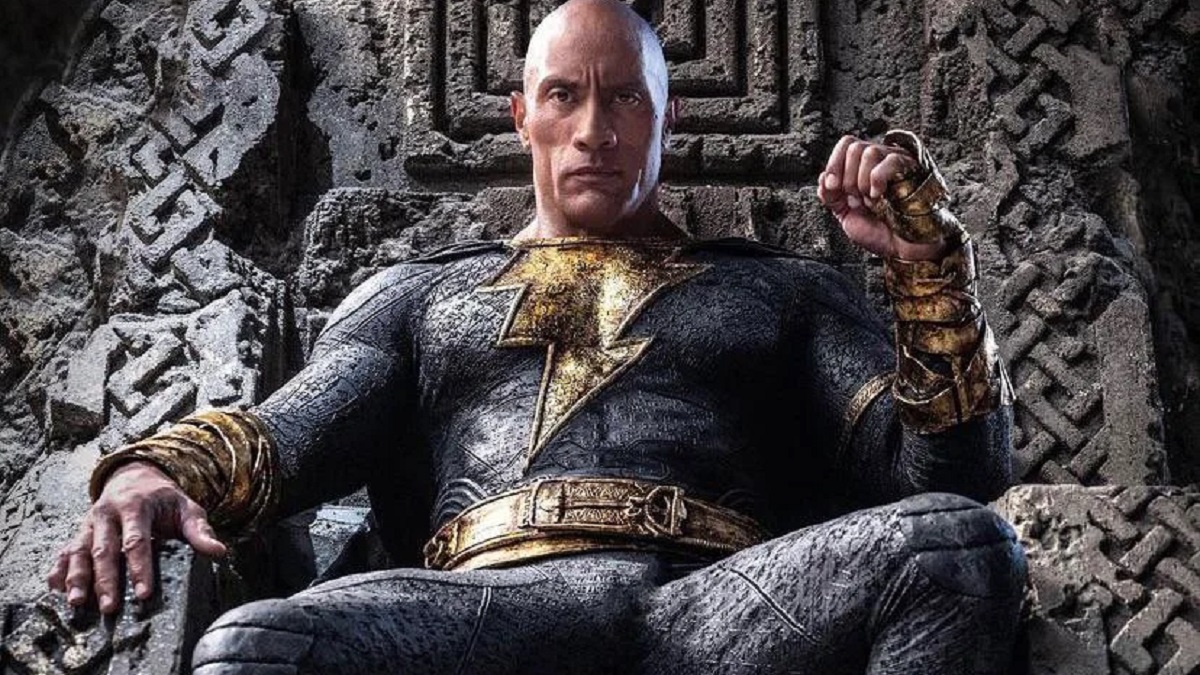 Reviews for Black Adam are still trickling in, but the film isn’t getting any more popular.

The hype for the Dwayne Johnson-led film was high, leading up to its release, but quickly plummeted once the movie hit theaters. Audiences are largely unimpressed by the latest DC outing, despite Johnson’s claims that it was made specifically for the fans. The film’s lack of cohesive story and engaging characters have earned it an exceedingly average 41 on Metacritic, and a fully rotten 39 percent score on Rotten Tomatoes, where it is classified as “a wildly uneven letdown.”

The movie is largely being categorized as little more than a lengthy setup for an eventual fight between Black Adam and Superman. Fans left theaters disappointed after witnessing the uninspired flick, but they’re finding comfort in the possibility that the movie is setting up for something even more exciting than the Adam/Supes standoff.

A post to Reddit’s DC Cinematic sub outlined fan desires for a more populous superhero crossover, one that sees three — rather than two — mega-powerful DC characters come to blows. User narutofan2019 explained that they’d be far more interested in Black Adam if it was actually setting up a three-way fight between Superman, Black Adam, and Shazam.

If DC had its sights set on an Avengers-style enemies-to-allies set-up, fans might look at Black Adam with fresh eyes. The film’s main character could probably compete with Superman’s devastating power for at least a while, and their opposing personalities would almost certainly make for solid entertainment. But the inclusion of Zachary Levi’s Shazam would completely alter the course of the movie and could provide just the dose of fun DC needs.

There is no argument that Shazam does not have what it takes to compete with either Superman or Black Adam — a fact that viewers were quick to point out in the comment section — but he’s got the comedy chops and sheer entertainment value to make the film far more interesting. Henry Cavill is stellar as Superman, but the Last Son of Krypton is simply too serious — and too overpowered — to be an overly interesting character. Black Adam proved that the Rock is likewise unable to turn the character into box office returns, leaving Shazam to carry the majority of the storytelling weight.

But he’s capable of carrying the burden. Not everyone is a fan of his humorous flick, of course, but the majority of audiences were delighted to finally get a different flavor of DC in the film. Its scores on Metacritic and Rotten Tomatoes speak for themselves, effortlessly edging out Black Adam‘s paltry scores and even those of Man of Steel.

A team-up between the three distinctly opposite characters would make for a starkly entertaining movie, according to narutofan2019, and most DC fans seem to agree. Quite a few commenters feel that Black Adam should have been introduced via a crossover flick, rather than a solo one, in order to give the character more staying power. Quite a bit of displeasure with Black Adam was voiced among commenters, who are simply praying for something original at this point.

Some people seem to think that the characters are too tonally opposed to make sense in a single film, but others are in stark disagreement. Their dichotomy could instead make for a far more entertaining film than DC is known for putting out, with one fan noting that “3 so fundamentally different characters together on the big screen… would be an absolute blast to see.”

DC’s cinematic releases tend to stick to tried and true stories, characters, and approaches, so a team-up — or face-off — between Black Adam, Superman, and Shazam is unlikely. The franchise isn’t known for taking risks, unfortunately, and a film where Henry Cavill, Dwayne Johnson, and Zachary Levi share screen time is certainly a risk. One that’s far more likely to pay off than yet another overly dark CGI power-fest, but not one that’s likely to ever see the light of day.