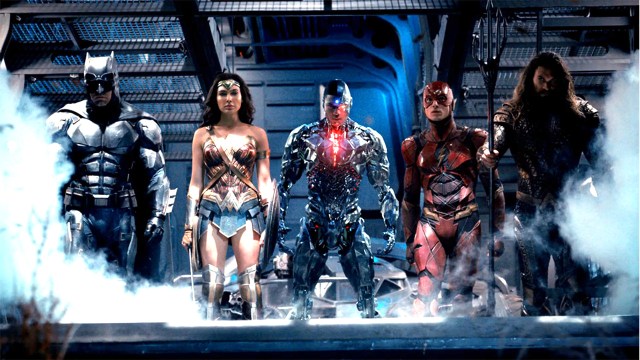 As recently as a couple of years ago, even the most ardent of DCEU supporters would have balked at the prospect of having the Justice Society of America cross paths with the Justice League, but Dwayne Johnson and Black Adam have arrived to set things right – with a little help from the new regime at Warner Bros. Discovery.

Following the Justice League debacle that saw Joss Whedon’s butchered theatrical release savaged by audiences and bomb at the box office, the top brass at WB made a concerted effort to try and move away from the timeline established by Zack Snyder in Man of Steel. Meanwhile, Dwayne Johnson was fighting hard to get Black Adam made, all while trying to be pushed away from both the titular antihero and Henry Cavill by the former powers-that-be.

Now that the long-gestating superhero extravaganza is almost upon us, could we be seeing the all-star showdown between DC’s two most iconic teams at any point in the future? According to star Noah Centineo, that’s exactly what he’s hoping for, as he revealed to Digital Spy.

“I want them all. I wanna fight the Justice League. I think that would be cool.”

Co-star Quintessa Swindell admitted that throwing hands opposite Margot Robbie’s Harley Quinn “would be pretty awesome”, but it’s the prospect of the JSA vs. the Justice League that sounds the more tantalizing. As far-fetched as it would have been to imagine even in 2018, let’s not forget that Ray Fisher was adamant he wouldn’t return as Cyborg until Walter Hamada was out of the door – something which just happened yesterday.

That means the entire team of Fisher’s Victor Stone, Ben Affleck’s Batman, Cavill’s Superman, Gal Gadot’s Wonder Woman, and Jason Momoa’s Aquaman are all technically available at once for the first time in a long time – so fingers crossed the JSA are put on notice.