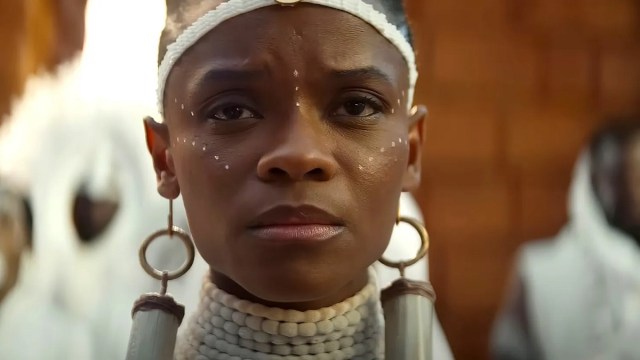 The actress ended up quitting the online sphere altogether after facing vociferous backlash from all corners, with rumors claiming she’d been touting antivax conspiracy theories on the set of the Marvel Cinematic Universe sequel. As a result of her refusal to open up on the matter, the dark cloud has followed Wright everywhere she’s gone, and things have taken another interesting turn.

During a wide-ranging interview with The Guardian that covered her entire career, Wright was somewhat shockingly asked flat-out if she was “a transphobic, homophobic anti-vaxxer”, and while she denied the first two counts, the third remains a mystery.

While people aren’t obligated to get vaccinated, embracing blatant falsehoods and then sharing them with potentially millions of people online is an entirely different matter. Even Don Cheadle stepped in at one stage to blast Wright’s ill-informed and misjudged take, but we can pretty much read between the lines based on her answers.

It hasn’t done Black Panther: Wakanda Forever any harm, though, with the movie racing past $400 million at the box office in no time at all to continue reigning as the biggest film on the planet.