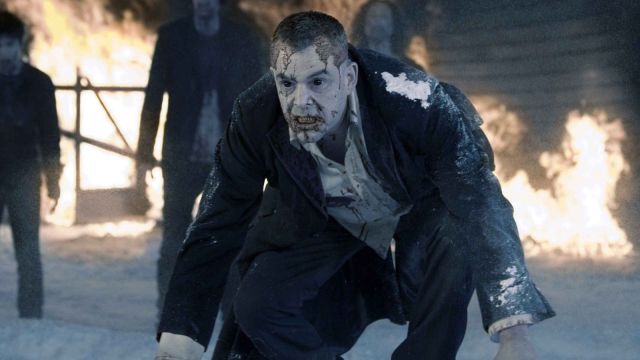 It’s been one hundred years since the German silent classic Nosferatu was released and vampires of all varieties have entranced fans of horror cinema ever since.

Over the years they’ve taken on very different looks, but have only recently begun to recover from the Twilight Saga sparkly street cred hit. Reddit’s home of horror is currently entangled in discussion over the greatest vampire films of all time, and there are some absolute classics in the conversation.

There are a few movies that consistently found their way into viewers’ top five favorites, with the likes of The Lost Boys and 30 Days of Night sucking up the attention space. Also in constant conversation was Near Dark, which seems to have been forgotten by many.

Plenty of praise for 30 Days of Night, is a top-tier comic book adaptation with a killer polar night concept. Who hasn’t been terrified of Alaska before? Then you add vampires into the mix! Horror!

Ever wanted to see action star Tom Cruise as a hot vampire twink? Then boy have we got news for you, Interview with The Vampire features not just Cruise but also fellow Hollywood stars, Kirsten Dunst, Brad Pitt, and Antonio Banderas.

Not a movie, but it’s hard not to mention Midnight Mass in a conversation about vampire media. Netflix’s hit perfectly balanced vampire mysticism with real-world religion while keeping such a great air of mystery. Somehow, it didn’t get a single nomination at the 2022 Emmys.

If you’re more in the mood for comedy, then Taika Waititi’s What We Do In The Shadows is a classic for the newly minted genre of vampire humor. Not a single joke sucks, and the stakes are surprisingly high throughout.

Good news for vampire fans, Stephen King’s Salem’s Lot is soon to get a remake with it penciled in for an April 2023 release, albeit nothing has been heard of it in a good while.