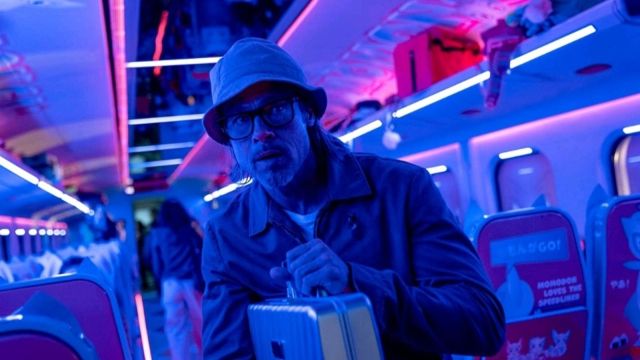 2022 has been an excellent year for big-budget action flicks, with some of the biggest stars in Hollywood headlining massive movies as the world went back to cinemas. Now, a streaming berth is on its way for one of the best.

Brad Pitt’s ecstatic high concept thriller Bullet Train is now set for a huge streaming debut, as Netflix acquires the distrubtion rights to the Japan-set thriller. Ridiculously over the top and knowingly so, Netflix subscribers can expect to see the film available very soon.

The official account of the streaming behemoth has confirmed Bullet Train will be available to stream on Netflix from Dec. 3, giving audiences a fun thriller before the holiday season and Mariah Carey kick in at full steam. Not just starring Pitt, it also sees Joey King and upcoming Kraven the Hunter star Aaron Taylor-Johnson on board.

Bullet Train didn’t speed past any major milestones at the box office in 2022, grossing $239 million from its budget of $90 million as it struggled to outdo the long-lasting Top Gun: Maverick or even Thor: Love and Thunder. Critically there was a similar story, with the film seeing mediocre reviews as the film saw a 53 percent score on Rotten Tomatoes.

Bullet Train afficionados can look forward to its streaming debut on Dec. 3.