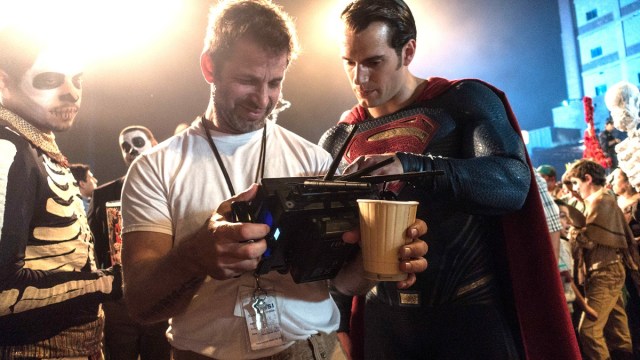 Fans of director Zack Snyder are calling on Warner Bros. Discovery to #BringBackZackSnyder on the three-year anniversary of two prominent supporters of releasing the “Snyder Cut” of Justice League going public: Ben Affleck and Gal Gadot.

Affleck and Gadot played Batman and Wonder Woman, respectively, in Snyder’s Batman v Superman: Dawn of Justice and the eventual director’s cut that made its way to streaming service HBO Max in 2021, Zack Snyder’s Justice League. Before the streaming release rocked the world with its much more well-received version, compared to the Joss Whedon-directed 2017 version, Snyder signal-boosted Gadot’s plea with the world.

Affleck and Gadot’s public support of the Snyder Cut proved to be a touchstone moment for fans of the director, with the three-year anniversary serving as just one more reason to #BringBackZackSnyder.

We will admit, we don’t necessarily think Snyder returning to the world of DC is all that likely at this point. For one, Snyder has said as much multiple times since his departure from the franchise. Plus, he now has a multi-film deal with Netflix, which brought us the satisfying if not slightly out-of-focus zombie epic Army of the Dead. Plus, if you only count Snyder’s theatrical DC Universe releases like Man of Steel and Batman v Superman: Dawn of Justice, neither of those films went over particularly well with critics, so it’s uncertain if WBD would even want the director to return, even if the company underwent a recent regime change.

However, the likelihood of Snyder returning to DC seems like it’s at a high point at the current moment, despite the director’s rocky history with the previous head honchos at Warner Bros. For instance, James Gunn is now the Co-CEO of the newly-minted DC Studios. Since Gunn has previously said he’s friends with Snyder, with the two even working together on the 2004 film Dawn of the Dead, maybe he would welcome the director’s return at some point.

One fan praised Snyder’s take on the Amazonians from ZSJL.

Another Twitter user was hoping to get more of Wayne T. Carr’s Green Lantern at some point.

While we eventually did get the Snyder Cut officially released, the same cannot be said for the “Ayer Cut” of 2016’s Suicide Squad. Like 2017’s Justice League, Suicide Squad was also subjected to massive alterations from the studio, including reshoots and re-edits, to the point that director David Ayer claims the film we saw in theaters hardly resembles his original vision. For some fans, the #BringBackZackSnyder trend was also an opportunity to campaign to #ReleaseTheAyerCut.

Some fans were sharing photos of Snyder and Ayer posing together, a reminder of how close we were to something that could’ve been great, according to them.

Fingers crossed that whatever Gunn and DC Studios Co-CEO Peter Safran have in store for the DCU can live up to the untapped potential of the franchise.