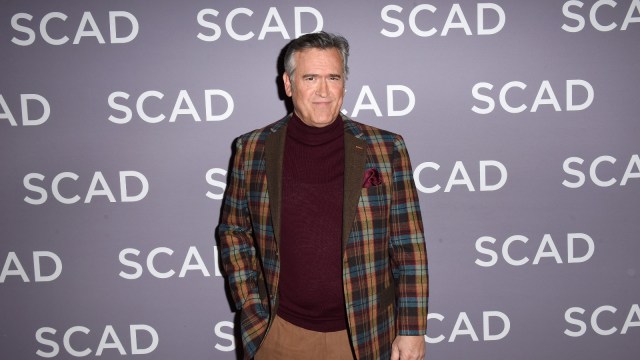 Over 45 years ago, Jim Sharman, in association with genius scribe Richard O’Brien, unveiled one of history’s most unconventional and bizarre musical comedies in The Rocky Horror Picture Show. The film — which has become a global sensation and enjoys a gigantic cult following — is based on the 1973 musical stage production of the same name and parodies science-fiction and horror B movies from the 1930s through to the 1960s.

Along with O’Brien, who plays Riff Raff, Tim Curry (eventually known for starring as Pennywise in IT) acted as the compelling star power behind the film, drawing in huge crowds during its theatrical run. Bruce Campbell, star of the Evil Dead franchise, recalls a touching memory of The Rocky Horror Picture Show involving himself and Curry.

Sep. 26 marked 47 years since The Rocky Horror Picture Show was released in theaters, which was recognized online as a momentous occasion. Bruce Campbell, who earned international fame as Ash Williams in Evil Dead and its successors, tells his followers about a distinct memory involving Tim Curry’s most eccentric role. Campbell wrote, “While filming Congo, I sat on top of a Volcano talking to Tim Curry about that movie. He said one of the coolest things was that it saved a number of small indie theaters from going under because they knew that two nights a week Rocky was going to do big business.”

There’s a rather touching sentiment behind the memory, which paints the picture of Campbell and Curry conversing as old friends, away from all the glitz and glam of Hollywood. Curry mentions that The Rocky Horror Picture Show saved many theaters from bankruptcy, essentially performing a public service for the film industry and moviegoers everywhere. After earning a cult following, The Rocky Horror Picture Show has been regarded as one of the greatest musicals of all time — which isn’t a stretch.