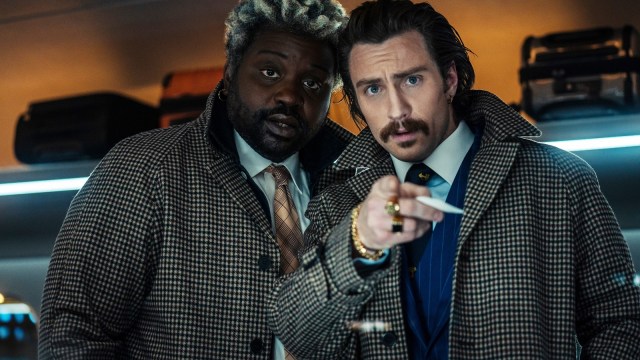 It’s been refreshing to see so many movies win big at the box office this summer, in what marked the first full-strength blockbuster season at the multiplex since 2019, but thankfully the doom and gloom of the COVID era appears to be drawing to a close, even if Bullet Train will likely be the last big opener for a while.

Having scored a $30 million bow last weekend, which was a solid return for an R-rated actioner that didn’t have an established IP to lean against for support, David Leitch’s irreverent ensemble flick is set to repeat at number one with an estimated haul of around $12 million or so.

While Bullet Train still hasn’t come close to recouping its relatively modest (for an effects-heavy genre flick, at least) $90 million budget, it might have enough in the tank to pass that number by the time the dust settles tomorrow. The battle for second place is fierce if not exactly competitive, with A24’s latest acclaimed effort Bodies Bodies Bodies aiming for a first frame somewhere in the $3 million range after expanding from last week’s limited release.

Once again, most eyes will probably be watching Top Gun: Maverick to see if Tom Cruise’s return to the skies can pass any more milestones before it bows out of multiplexes, but it won’t be too long before awards season kicks off in earnest to end the typical late-summer slump, and the annual wave of prestige pictures begin stating their case for your ticket money.