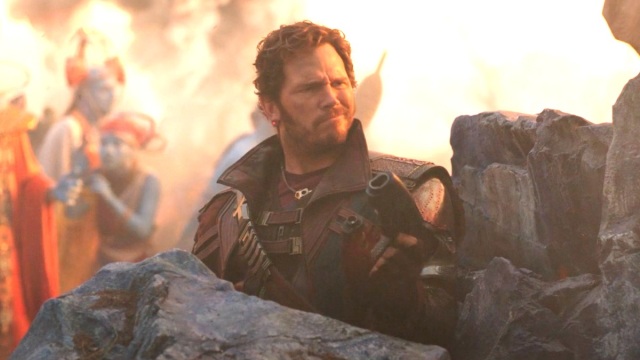 The alpha male posturing between Thor and Star-Lord was mined for plenty of laughs in Avengers: Infinity War and Endgame, which will no doubt continue throughout next year’s sequel Love and Thunder. The Guardians of the Galaxy have all been spotted in set photos, but it still isn’t clear how big of a role the intergalactic oddballs will play in the story.

After all, shooting on the Odinson’s fourth solo outing continues at pace in Australia, while Chris Pratt has already pitched up on the set of Amazon’s thriller series The Terminal List, so he’s clearly done with the Marvel Cinematic Universe blockbuster. Of course, that doesn’t mean that we’re not going to see Thor and Peter Quill continue to bounce off each other, but with Christian Bale’s Gorr the God Butcher waiting in the wings and Natalie Portman’s jacked Jane Foster to contend with as well, the title hero is certainly going to have his hands full.

In a new interview, Hemsworth was full of praise for his fellow Chris, and admitted that sharing the screen with an actor famed for his charisma and comic timing forced him to push himself that little bit more when it comes to furthering the dynamic between their characters.

“The guy is wildly impressive with the spontaneity and the humor and the things he comes up with. It’s both funny, inspiring and intimidating. There’s that same, if not more, pressure now to follow Ragnarok. So there’s a little bit of exciting nervous energy that is motivating all of us to reach a little further and make sure we’re covering all bases and approaching the scene from every angle.”

Everyone wants to see a full-blown Asgardians of the Galaxy spinoff, but with Thor: Love and Thunder wrapping before Guardians Vol. 3 kicks off production later this year, a brief reunion might have to do for now, although predicting where both Thor and Star-Lord will end up by the time the credits roll is impossible and we know better than to rule anything out when it comes to the Marvel Cinematic Universe.