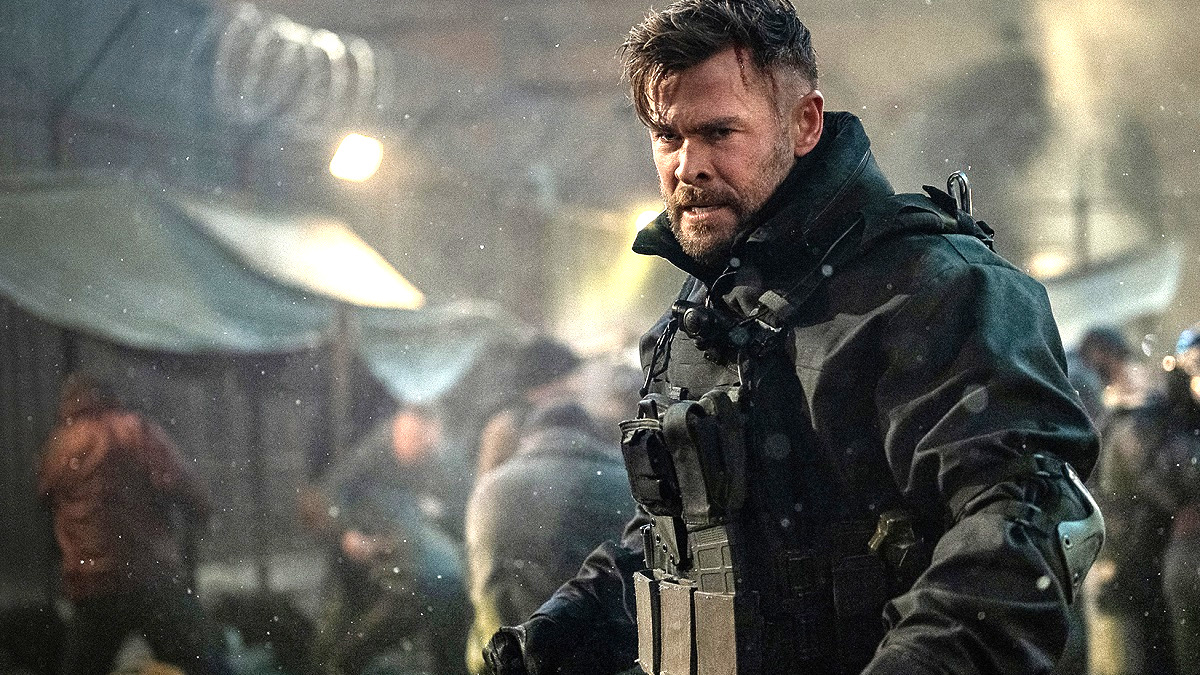 After Thor: Love and Thunder evolved from a mild disappointment to one of the Marvel Cinematic Universe’s most unpopular installments in the blink of an eye, conspiracy theories began to emerge that Chris Hemsworth actually hated his fourth outing as the titular Odinson, although there’s been very little in the way of tangible evidence.

The actor is gearing up for a sequel he seems to be a lot happier with, though, having been praising the in-camera action of upcoming Netflix spectacular Extraction 2. The opener became a surprise smash hit that wound up as the streaming service’s most popular original feature ever when it exploded out of the blocks in April of 2020, so the bar has been set mighty high.

Speaking to Entertainment Weekly, Hemsworth praised the practical set pieces and intricate choreography, and he even threw in a reference to his decade-long tenure being strapped into wire rigs and fighting tennis balls on sticks in front of a green screen for good measure.

“There’s something so satisfying about that. Not to take anything away from the special-effects-filled sort of Marvel film, but you have a lot of help in post-production there. Obviously, I can’t fly, so they help through me that. Whereas in this film, the action is grounded in reality, and so much of it is in camera.

So, it’s a different energy, and the preparation is a lot more extensive. Probably the most intense part was not so much the exhaustion levels, but just the sheer terror of all the things that could have gone wrong, but thankfully didn’t.”

Thor might have a hammer, but Extraction’s Tyler Rake is the weapon in the bruising franchise, and we can’t wait to see what director Sam Hargrave has up his sleeve when the long-awaited follow-up bursts onto Netflix and obliterates everything in its path.