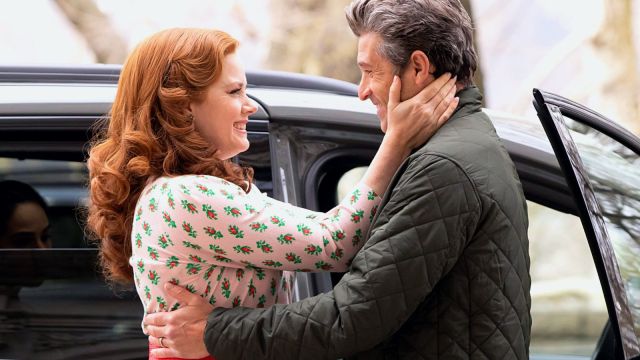 Fans have found the perfect meme to materialize their experience of going from children falling in love with Disney’s Enchanted back in 2007, to young adults now coming back for Disenchanted, the sequel which has been fifteen years in the making.

The trusted meme format, which first became popular just as the picture of a young Miranda Cosgrove back in the early iCarly days staring at her computer screen with a satisfied smirk, was then updated by the actress in Nickelodeon’s revival of the show which premiered last year.

Much like iCarly, the Enchanted franchise has also gotten an update from Disney, making it the perfect subject for the famous, and incredibly accurate, iCarly meme.

Fans of the original film are finally “back in Andalasia,” the animated magical kingdom where Giselle (Amy Adams) comes from, after over a decade of begging Disney to bring back their favorite characters and offer continuation for their love story. The 2022 film shows Giselle and Robert (Patrick Dempsey), fifteen years into their marriage, as they navigate suburban life with a grown-up Morgan, played by Gabriella Baldacchino, who replaced Rachel Covey from the first installment.

The movie seems to be making fans’ delights, despite lukewarm reception from critics, who generally believe it to be a step down from the original, as is the case with a lot of this type of sequels. However, it looks like the nostalgia factor, the delightful music, and the cast’s marvelous performances were enough to make Disenchanted a worthy successor to its 2007 counterpart.

Fans of Enchanted have grown up alongside these magical characters, and their dive back into the wonderful world of what is considered one of Disney’s most underrated movies will undoubtedly leave them as satisfied as Miranda Cosgrove drinking that can of soda.

Disenchanted is now available to stream on Disney Plus.