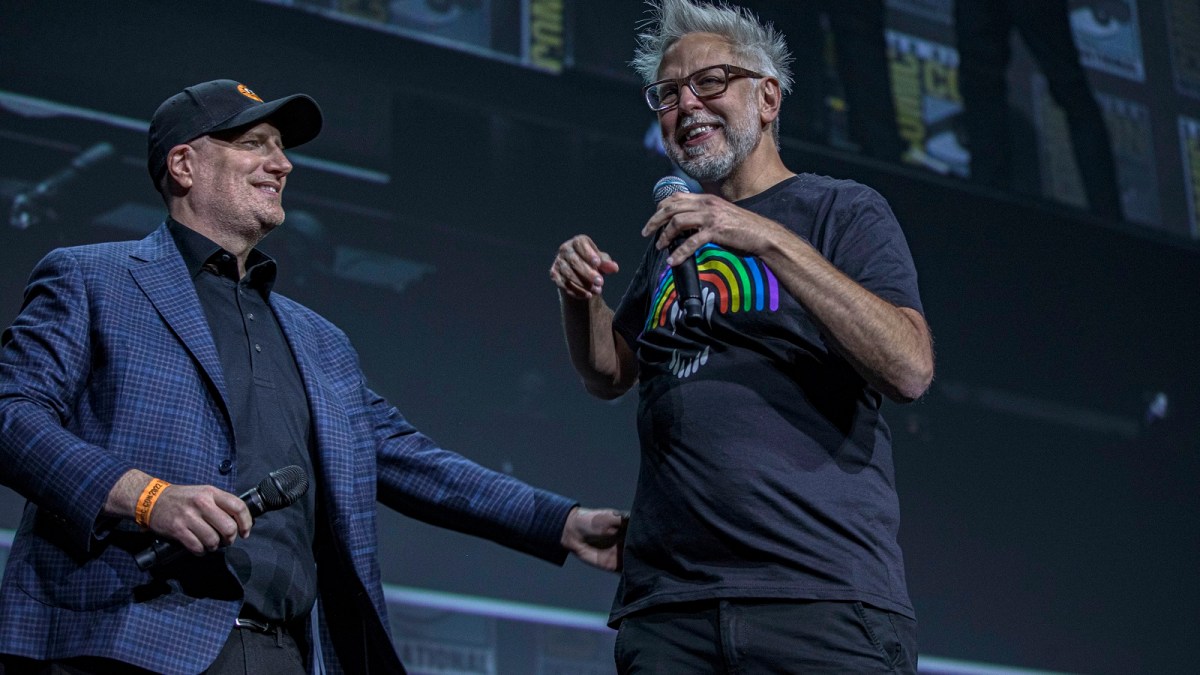 When you think about it, the recent batch of DC bombshells that look set to tear down the comic book franchise and rebuild it from the ground up is the direct result of a chain of events that were originally set in motion by none other than Kevin Feige.

If the president of Marvel Studios hadn’t been tasked by his Disney overlords to fire James Gunn from Guardians of the Galaxy Vol. 3, then the filmmaker would have never had the gap in his schedule that saw him write and direct The Suicide Squad for the competition, which eventually led to HBO Max series Peacemaker, and then his current position of co-CEO.

For a while, fans thought it was funny that Feige may have accidentally created his own arch-nemesis in a development ripped straight from a supervillain origin story, but it would be an understatement to say that not many people are laughing now after an explosive report offered the first details of what Gunn and Peter Safran have in store for the DCU.

The most interesting thing to note is that Gunn or Safran have yet to publicly comment on the incendiary raft of major announcements, with the former making it abundantly clear on social media that anybody who claims to have the inside track on what’s going on in DC was uninformed.

Silence speaks volumes, though, so we’re nothing if not equal parts curious and fascinating to see what comes next when the dynamic duo eventually reveal their eight-to-10 year plan, especially when the fandom has erupted in unbridled fury.