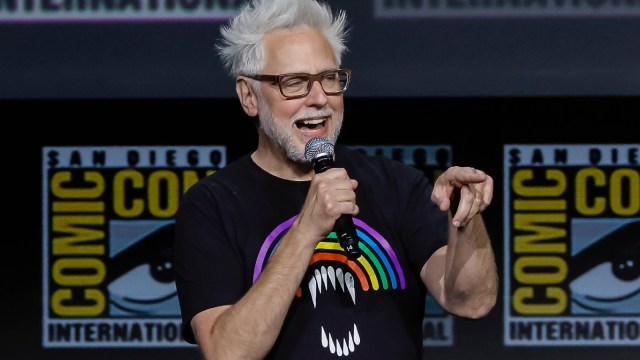 Now that he’s hitting the press trail in support of The Guardians of the Galaxy Holiday Special, James Gunn will be facing the inevitable deluge of DC-related questions since he’s officially assumed command of the competition.

While the filmmaker isn’t too far away from finishing his eight-to-10 year outline alongside co-CEO Peter Safran, one that should hopefully put the franchise on the unified path it’s been veering away from for the last few years, The Suicide Squad and Peacemaker creator has taken time out of his busy schedule to call out the raft of internet scoopers who exist online.

You don’t have to travel too far on the internet to find somebody on Twitter or elsewhere who claims to have “exclusive” news regarding the comic book company’s slate of upcoming projects for both the big screen and streaming, but Gunn has unequivocally made it clear that you can’t take anything for gospel unless it comes directly from his mouth.

In spite of Gunn’s comments, though, Michael Keaton’s comeback as Batman is looking increasingly like it’s going to be one of the biggest busts in the history of superhero cinema. Tim Burton’s Caped Crusader was originally penciled in for The Flash, Batgirl, and Aquaman and the Lost Kingdom, but he’s no longer part of the latter two for different reasons.

David Zaslav says there aren’t going to be “four Batmans” running around, so we’ll see how Gunn ends up shaping the fates of Keaton, Ben Affleck, and Robert Pattinson in the short and long-term.