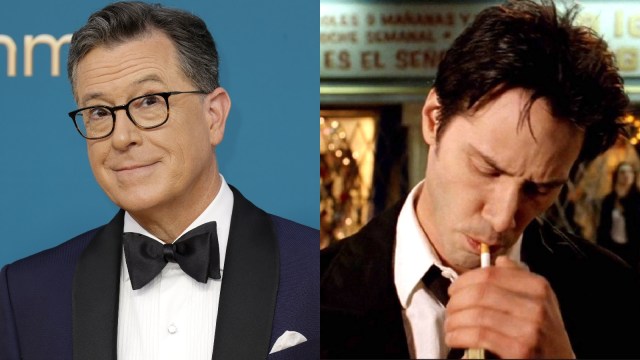 When the long-awaited sequel was finally confirmed after almost two decades of wishful thinking, the main driving forces behind DC and Warner Bros.’ Constantine sequel were unsurprisingly star Keanu Reeves, writer and producer Akiva Goldsman, and director Francis Lawrence. However, the latter has now named a certain late night talk show host as another pivotal figure.

In an interview with Collider, The Hunger Games and Slumberland filmmaker opened up about the long and arduous road to drag Constantine 2 out of development hell, with even the most optimistic of fans beginning to lose hope that the 2005 supernatural comic book blockbuster would end up getting the second installment it deserved.

Reeves had been vocal in admitting that the title role was one he’d love to play again, with Lawrence confirming that the reception to a name-drop on The Late Show With Stephen Colbert was one of the catalysts for shaking the project from its slumber.

“[Reeves] was asked what character he’d love to play again, and he said John Constantine, and the crowd went nuts. People finally saw that and went, ‘Oh, wait, maybe you guys can go and make the Constantine sequel.’ So it was sort of a variety of factors.”

Lawrence went on to explain that Constantine 2‘s 17 years in stasis were due partly to the exceedingly complicated contractual issues surrounding the character and his various associates, which extended to include Netflix’s The Sandman, the Arrowverse, and J.J. Abrams’ ultimately-canceled HBO Max show.

At long last, though, Reeves is signed to bring the chain-smoking investigator back to the big screen, but seeing as there isn’t even a script yet, we could be waiting quite a long time to see it realized in live-action.