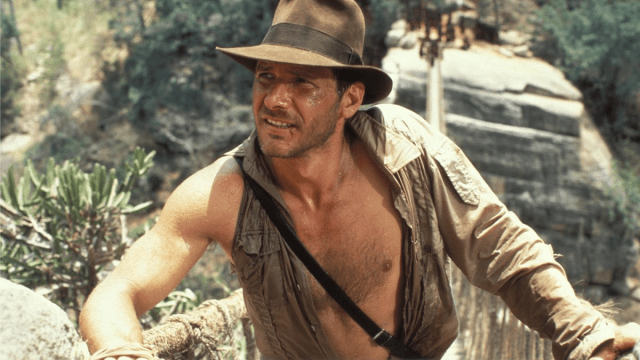 Indiana Jones is no stranger to dealing with the fantastical; from face-melting ghosts to untimely brainwashing to medieval knights to ancient aliens, the adventures of pop culture’s favorite archaeologist are some of cinemas finest works in the magic realism genre.

But how might Harrison Ford‘s premier character fare if the realism was removed from the equation? This was a question that lingered in the mind of one inhabitant of r/FanTheories long enough to creep into their supposedly ample free time, eventually forming into the ridiculously fun discussion question of whether Indy would survive the ordeals of J.R.R. Tolkein’s The Lord of the Rings.

With the stipulation that he’s decently armed, fairly educated in Middle-earth’s geography and linguistics, and recruited as a member of the Fellowship, the fan theories began rolling in.

One user suggested that Indy’s deep archaeological knowledge would be much more of an asset to the Fellowship than his mad grit and limitless tenacity; knowledge that Gandalf would be sure to make use of.

Another user swiftly penned a plot synopsis for what can only be the now in-development film adaptation for this crossover.

Others felt as though Indy’s previous encounter with the Holy Grail would play into the adventure, although there was no consensus on whether it would be in Indy’s favor or not.

And a few other responders seemed to only be familiar with Kingdom of the Crystal Skull.

With next year’s Indiana Jones entry still tightly under wraps as far as plot details go, who knows? Perhaps orcs, giant spiders, and a second breakfast get involved in the action hero’s swansong.