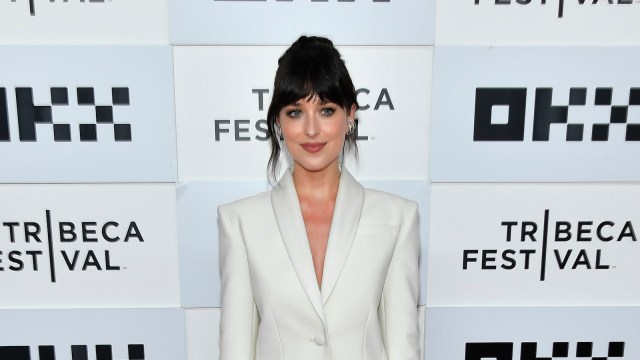 NFTs are a sensitive subject to broach, especially among people who still retain enough common sense to see through the sham of the greater fool theory and keep a healthy distance from the whole thing. But even if you’re not aboard the blockchain hype train, things can still get distinctively irritating when celebrities and famous people dip their toes in crypto waters just to make a quick buck or, in the most buoyant of scenarios, simply remain a bit more relevant.

Well, this seems to be your lucky day, because the “no bullshit” portion of the online community might have a new champion to represent it in the form of Dakota Johnson. In a recent profile in Vanity Fair, the free-spirited actress — most commonly remembered for appearing in the Fifty Shades trilogy but otherwise best known for always speaking her mind and standing up for herself — talked about that one time she addressed the matter of NFTs in a social get-together.

“People were talking about the metaverse. It’s very serious business. And I said, ‘I have a couple of NFTs.’ And they said, ‘Oh really? What do you have?’ I said, ‘Nice fucking titties.’ Big laugh.”

In the same interview, the American thespian has also touched on the subject of appearing in Fifty Shades, saying that while she considers herself to be a “sexual person,” appearing in those movies was a “psychotic” experience.

Besides all these hilarious life-changing insights, it’s worth noting that Dakota will soon be headlining Persuasion, a 2022 film by Carrie Cracknell and based on Jane Austen’s novel of the same name. The drama is due to arrive on Netflix come July 15.