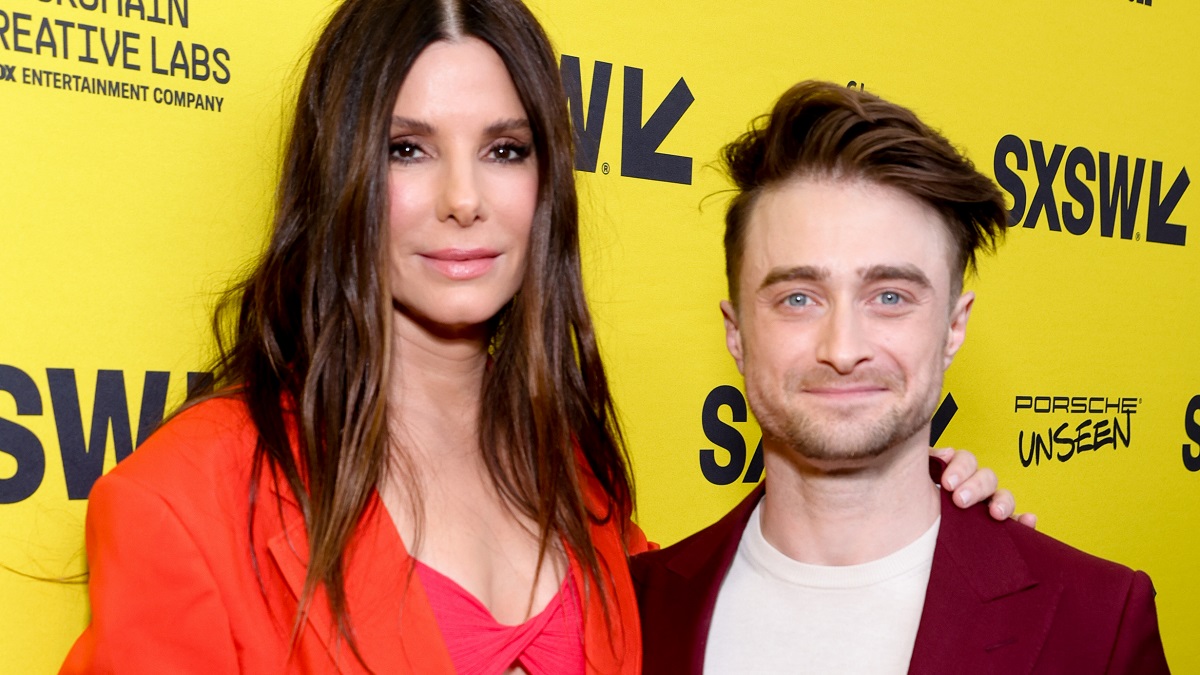 Over the course of their careers, Sandra Bullock and Daniel Radcliffe and have faced speeding buses, flying monsters, and Voldemort, but they both describe first time walking the red carpet as “terrifying!”

The Lost City stars opened up about their respective red carpet debuts during an interview with Popsugar. Both Bullock and Radcliffe found it an anxiety-inducing rite of passage in their careers.

Recalling her first foray on the red carpet in 1994, Bullock remembered the stress of the expectations placed on her by the studio publicists, “The judgment and the looks for not having pulled off what they want you to pull off and answering a question the wrong way. The sweating…”

For his part, per IMDb, Radcliffe was just 12 years old when he made his red carpet debut to promote his first feature film, The Tailor of Panama, in 2001. His most poignant memory about his first encounter with the media and movie fans was feeling his “whole body vibrating.”

Daniel Radcliffe recalled, “I remember the feeling of needing to go pee. I remember being not too happy. It’s terrifying.”

“It’s really terrifying,” Bullock chimed in, empathizing with her co-star, “Especially for a kid, it’s traumatizing.”

Fortunately, the days of stressful red carpet debuts are long behind both stars, and surely those old feelings of discomfort have long since subsided. Today, the pair are happy to talk about the fun they had starring with Channing Tatum in The Lost City.

Radcliffe teased Bullock about her romantic scenes with Tatum, joking that he was their intimacy coach. Always up for a bit of good humor, Bullock played along with her co-star, deadpanning, “He was the one to say, ‘You crossed the line there, Sandy, you need to pull it back.'”

Watch The Lost City at a theater near you.