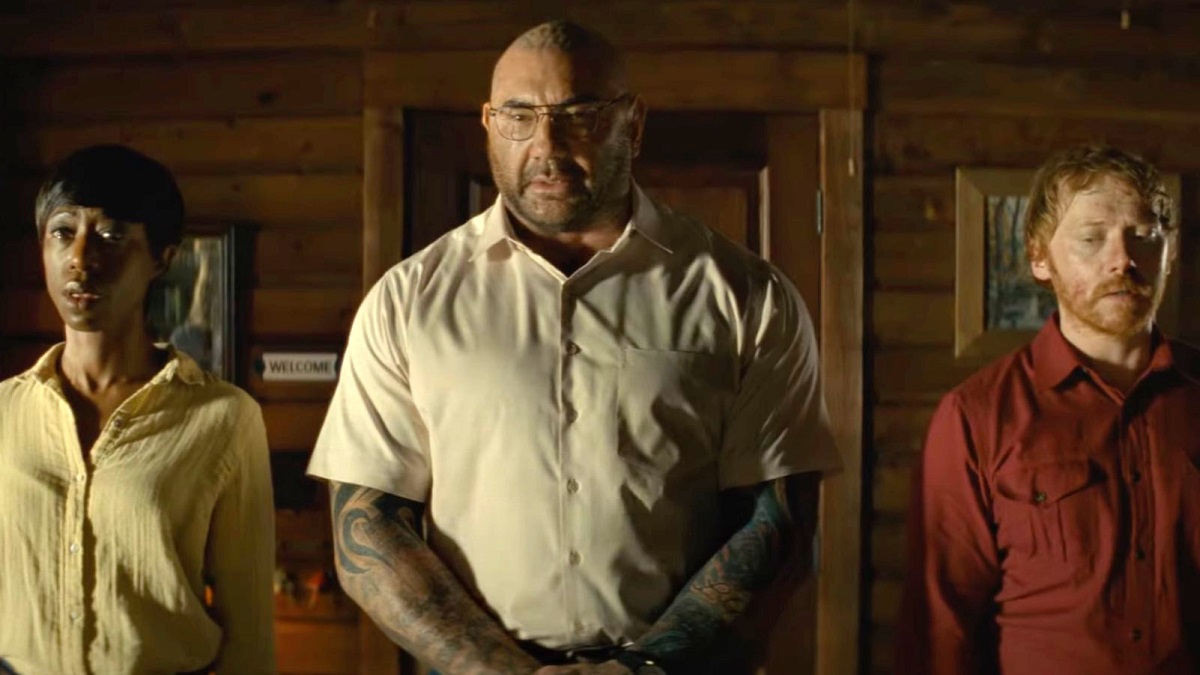 M. Night Shyamalan‘s latest work, Knock at the Cabin, will hit theaters before we know it. With the writer-director boasting one of the most wildly inconsistent filmographies as far as overall quality goes, we’re hoping this one falls near the end of the spectrum occupied by The Sixth Sense, rather than the one that houses Old.

Thankfully, based on promotional content alone, it seems that the latter is the case with Knock at the Cabin, with the likes of Dave Bautista‘s sinister gravitas, a striking apocalyptic setting, and terrifying emotional tension all looking set to combine for a healthy addition to 2023’s horror library.

And, of course, as a Shyamalan flick, it’s safe to say that there’s going to be more than meets the eye, which probably won’t become apparent until at least two-thirds of the way through the film. Bautista, meanwhile, seems to be relishing in the mystery, taking to Twitter to offer us a spine-tingling teaser, daring us to “unmask the truth.”

Slenderman-adjacent nightmare fuel aside, Bautista’s teaser was more than enough to get horror fans talking.

One user also reminded us that it will be Shyamalan’s first film that he adapted from pre-existing material, as Knock at the Cabin is based on Paul G. Tremblay’s 2018 novel The Cabin at the End of the World.

Another responder assured us that we’ll be in for a treat once the film finally finds its way onto the big screen, having been lucky enough to catch an early screening.

It looks like we can expect some exciting new horizons with Knock at the Cabin, with Shyamalan testing his might in the realm of adaptations, while Bautista momentarily hangs up his action chops for an electrifying role of the more static variety.

Indeed, we’re crossing our fingers for that gratifying Shyamalan win next week when Knock at the Cabin releases in theaters on Feb. 3.