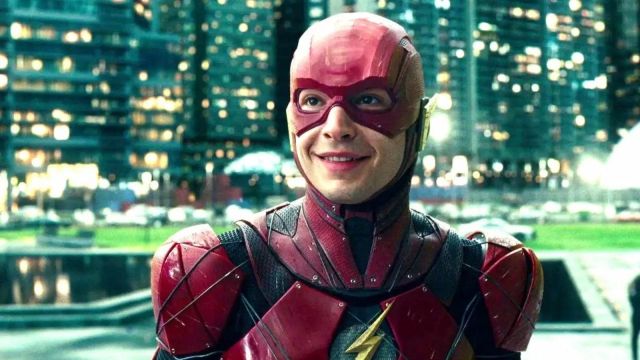 It seems fans are still keen to watch The Flash, Regardless of what news of setbacks and controversies surrounding Ezra Miller or corporate decisions made by Warner Brothers. And who could blame them? The character was introduced in the Justice League. And despite CW releasing a popular TV series about the scarlet speedster, people want to see this character in a dark and gritty world the DCEU was set in.

Reddit user u/Dusann1 asked fans on r/DC_Cinematic which future DC project they’re looking forward the most. Listed down are films such as Black Adam, Shazam! Fury of The Gods, and Joker: Folie à deux. But also included are unconfirmed titles such as the sequel to Robert Pattinson’s The Batman, and a bunch of DC titles for HBO Max. It seems like Warner Bros and DC have a lot planned despite recent news of Batgirl‘s cancellation.

But regardless of the “handful” of projects that DC has in store, it seems like fans have The Flash in their list as they’re curious to see if the film would be a “soft reboot” to the DCEU or would continue where it left of in Joss Whedon’s Justice League. It seems like fans are still excited to see a part two of the speeder’s story.

Production for The Flash has faced multiple setbacks since it was announced in 2014. It was supposed to come out in 2018 but there were multiple changes and the issues during production that it was moved to 2023. But multiple reports arose regarding the film’s lead, Ezra Miller and his multiple crime allegations and controversies, which led to DC announcing that this film will the last they’ll work with Miller, regardless on the film’s performance.