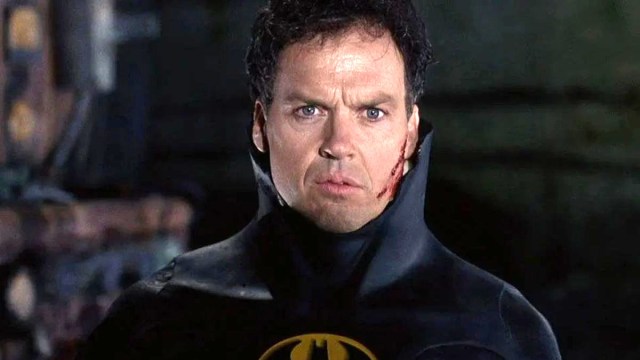 Warner Bros. are currently in something of a pickle. The company’s big plan to juice the DCEU was to go full multiverse, with the unexpected return of Michael Keaton’s Batman the glue tying all these stories together. He’d make his debut in The Flash, reappear in Batgirl and Aquaman and the Lost Kingdom, and go on to play a Nick Fury-like role in other DCEU movies.

Needless to say, it hasn’t worked out. The Flash was pushed back to summer 2023, star Ezra Miller is generating headlines for all the wrong reasons, Batgirl has been shelved despite being practically complete, and Ben Affleck is now back as Batman instead of Keaton. Faced with all that, some DC fans are now saying they’d be happy if Michael Keaton’s return to the cape and cowl was called off for good.

A thread on r/DC_Cinematic titled “Who else is beyond disappointed we may not see Michael Keaton return as Batman at all? Will the Flash be Cancelled Next?” saw some surprisingly upbeat responses.

For one, Keaton’s appearance would likely have been an omen that the DCEU as we know it is falling apart, so at least him staying away maintains the continuity established by Zack Snyder in Man of Steel (though the confirmation a “reset” is coming anyway doesn’t bode well for that).

Others wonder if we really need a 70-year-old Batman at all.

I don’t see the appeal of having a Batman that’s geriatric as **** and probably can’t throw a kick without blowing out his hip. I don’t get what people were expecting by having someone return to play a character they last touched 30 years ago.

Others point out that if you clear away the 90s kid nostalgia, Keaton’s Batman wasn’t even that good.

Warner Bros. is currently very optimistic about The Flash and there are no signs that it’s being canceled, but with Miller now facing a felony burglary charge who knows where the star will be in a year’s time? It’s possible that their reputation could be rehabilitated, but it’s also possible things could get a lot more serious as more criminal charges rack up.

Either way, Keaton’s return as the Caped Crusader may ultimately end up as the DCEU’s biggest “what if”.