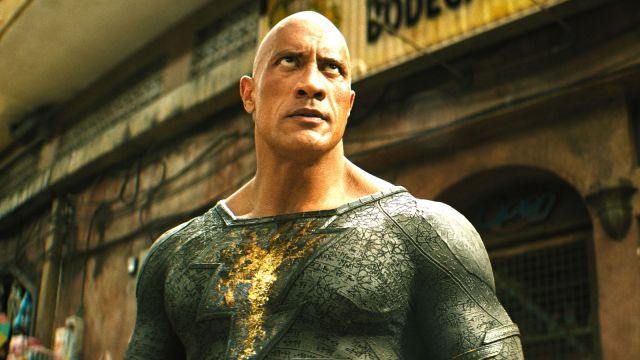 The comic book writer who was responsible for giving the world Deadpool is boldly proclaiming his prediction that the Dwayne Johnson-starring Black Adam will dominate at the box office for its opening weekend.

“Black Adam will top $100 million this weekend. Feels like the juice is there,” wrote Image Comics co-founder Rob Liefeld on Twitter.

Liefeld was the artist behind the Merc with the Mouth’s creation, alongside writer Fabian Nicieza, with the 4th wall-breaking character first premiering in the comic book New Mutants #98 back in 1991. Since then, Deadpool was brought to the big screen as portrayed by Ryan Reynolds. The movie broke new ground by boldly sticking to its mature roots, something quite uncommon for comic book movies when it came out in 2016, and becoming the highest-grossing R-rated movie ever at the time. Deadpool 2, the R-rated sequel that came out in 2018, topped the previous film’s box office record.

Black Adam is a comic book character who is also quite violent and it has been recently revealed the upcoming Johnson-starring film was once R-rated, as well. While Black Adam will release as a PG-13 film, it will still contain “sequences of strong violence, intense action and some language,” according to the Motion Picture Association film rating.

Warner Bros. has proved in the past that it can be just as bold as 20th Century Fox was when it comes to releasing a more mature-rated comic book movie as the 2019 film Joker managed to beat Deadpool‘s record of becoming the highest-grossing R-rated film of all time. Only time will tell if softening Black Adam from an R-rating to PG-13 was the right move in terms of translating to better box office receipts. But considering the broad appeal of producer and star Johnson, who has spent the better part of 15 years trying to get Black Adam made, we can certainly understand the reasoning for the change.